On Monday I installed some project work in Knowle House, Kent. One of England’s largest National Trust country houses it sits in a glorious deer park that’s been an utter joy to drive through every time I’ve had to site visit.

Four artists have been involved in a collaboration between Sevenoaks Museum and Knowle House. The museum curator chose four items originally from Knowle House and the chosen artists were asked to respond to one or more of them.

We worked collaboratively, meeting every so often.

The work itself was to be installed in the conservatory – itself a challenge as although beautiful it is visually very cluttered.

My choice of object was a small 18th century pear- shaped sweetmeat mould. I was transfixed by the thought that with every tiny, immaculate mouthful the Sackville family was ingesting lead from the mould.

A case of melting white pears with visible signs of decay and being consumed by wasps – a response to the fact that there is no safe threshold for lead in the human body.

A case of pears painted to look like 18th century porcelain work – all with references to Knowle itself. This was a response to the fact that all the museum objects were old, domestic and damaged. It is offered as a fantasy donation to the museum – some grand objects for their collection.

A single gold pear painted in the fashion of an 18th century porcelain factory pattern. Presented as a bon bouche to the other work. A gilded starter, a mouthful; but with beautiful pustular turquoise spots.

I was pleased with it all as I left. The whole project hung together really well and the conservatory had a new collected calm about it, fashioned by our work.

I am back there on Saturday for a ‘Meet the Artists’ day… we will see what it looks like walking back in again …. 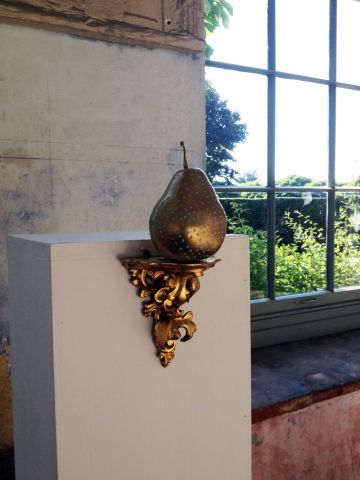 Ok. I am sure you are all bored silly with me. I am.

So skip this bit and come back in six months and see if I am any less annoying.

This is where I have got to.

I have the same lovely solo studio back again! Art Hub London; and a little money left by my Mum that means I can pay for it. I am very lucky.

I have handed over the day to day running of Sevenoaks Art Forum and will only do the newsletter for the next eight months.

I have signed on to a post-grad course. Unaccredited, so no academic pressure. Don’t feel I want any at the moment…..eight months , studio practice, crits, research group.

Studio – I have paid for the last three months and not yet collected the keys. Seemed just too much as collecting them would mean I had to produce work. Easier not to collect the keys.

College Course – feels exhilarating but also fearful of exposure as a total fake. Recognise the sensation from the early days of my BA. Starts in a fortnight.

Still producing good site specific/project work but am in need of a new body of work outside of that. Transfixed rabbit in headlights syndrome……….need to get out a pencil and start/draw, believing a conceptual thread will appear that I can follow..

Been an emotionally tiring year. Am deeply tired in my bones. Have to believe that working productivley will heal that. 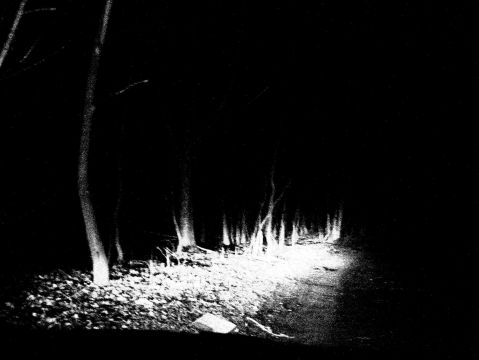