I was hoping that I would have been able to go back to part time work by now. That was the plan anyway – two years full time and then drop a couple of days. Maybe doing the odd work shop and sell a few pieces of work. Ha!

Had two days off together last weekend though which was really nice. I decided to go over to the Bluecoat and join the tour of the 3am exhibition, with artist Alan Dunn. He concentrated on just the films, nothing else, which was a step into alien territory for me. I thought I was the only one that skipped the ‘dark rooms’ when viewing an exhibition, but was kind of relieved to see so many people peep their heads through the curtains and then leave instantly. Relieved is probably the wrong word, as it must be awful for the artists that spend so long on the making, only to find that people have a fear of the space they occupy. Is it that we can’t see who is in the room, so we won’t enter?

Glad I went though. Sat in 3 dark rooms with strangers and watched the entire lot. Quite an experience.

Sunday, I headed over to Altrincham to pick up my work. (Rusty car exhaust surprisingly quiet) I was asked if I was an art student. Wonder why that was. Is it because ‘real’ artists don’t exhibit in empty shops?

Some of the artists were disappointed by lack of sales, but I thought it was a huge success because of the volume of visitors. Quite incredible really. It must be quite awful to have to rely on sales…which kind of brings me back to working full time.

We have to make money somehow. Sigh.

Not much else happening, other than I had to write up a fresh statement to fit in with the theme of ‘ industry’ for Macclesfield’s Barnaby festival next year.

I now have a period of waiting….. exhibitions are ending and I’m keen to move on.

My work has been seen by a lot of people over a fairly large geographical area and I feel that ideas are formulating for the next body of work.

I haven’t made any money of course….but I haven’t lost any either. The work wasn’t for sale and it didn’t really cost anything to make or install….. Just my time.

Sometimes I feel like I’m working nonstop, but when I started jotting down time actually spent on my own stuff, it wasn’t a lot really – I was shocked to find that I spend far more time on admin. Can’t figure that one out. Very surprised to find that I’d travelled over 400 miles too and I still have to add to that the going back to de install each exhibition.

I was discussing this with a few people recently – why do we do it? I think it’s because we can. That huge sense of achievement can’t be paralleled.

As a little reward, I am artist of the week this week on the ‘Art in Liverpool’ site: http://www.artinliverpool.com/?p=46233

Today’s staff briefing was about the exhibition ‘Art turning Left’. I think it’s going to take a few sessions before we all completely understand what it’s all about though as its far too much to absorb. I like that questions are being posed such as ‘What is useful art?’ it’s something that Grayson Perry raised in the Reith Lecture that I attended, but I’m not sure it’s so easy to answer.

Is my art useful? Well, I’m doing something with things I find and it has a recycling message. Is that enough? Or should it be sending out a stronger message to be deemed useful?

Opinions are changing. From the early hints that this may be ‘a political exhibition’, when you get that rising panic of ‘Oh God, people ( the public) are going to be asking me all sorts of questions that I won’t be able to answer’, to today’s thoughtful session, in which I’m starting to think …hmmm, I might actually learn something here. (Don’t get me wrong though – I’m still going to avoid eye contact if someone looks like they have a burning question!) Oh God, why don’t we just do what ‘The Walker’ does and stick a nice Hockney on the wall.

Anyway…I rescued a stack of leaflets that were heading for the bin and afterwards I thought ‘I really have to stop doing this’. I have no plans for them at the moment, but I know in future that I will be hunting high and low for paper of this particular colour. I’ll just have to shift things round yet again at home.

While I have nothing planned, exhibition wise, for the next few months, I want to concentrate on 2D work….or to put it more bluntly – work that may sell. I’ve been playing around with collage and I think I’ve found something that I can work with. That’s the thing though, although I want to make something visually appealing, I have to enjoy the making or it’s just pointless.

It’s kind of nice making something that doesn’t matter if it works or fails. I’m just doing it for myself for a change. That is useful!

Wish I could have been in Altrincham this weekend, instead of being stuck in work. The Festival seems to have gone from strength to strength as more publicity is gathered. I was impressed the other day that they managed to get the local papers involved, but even more so after finding out that NorthWest Tonight went to film the Festival this morning for their evening bulletin.

I don’t know how many people are viewing my work because I can’t be there, but I think if the opportunity arises next year, I would really like to take part again. (It was advertised in a-n ops)

It’s been a busy few days though as I attended another PV on Friday night at the Warrington Arts Festival. Warrington Museum is a really nice space and I personally think that other galleries that may be struggling should take a visit here to see how things are done.

I was a little surprised that some of the work was so ‘safe’ in the Open exhibition, but it was nicely spaced out – no double hanging or overcrowding, so it looked pretty good. My teeny house ( Safe House in pic) was next to a painting of a house one side and a collage of a door on other side. Thought that was funny. A very tenuous link. The PV itself was packed and I saw a few people I hadn’t seen in ages, which was really nice. Also talked to people who’s name or work I knew, but had never met before. Good to put faces to names yet again.

I’ve seen lots of tweets about the festival, so it will be interesting to see if there’s any follow up.

Early days yet, but I did catch a brief review of the Clandestine exhibition in the Williamson tunnels : ……..’ but first the mood is lightened a little as Wendy Williams’ ‘Trailers’ pause from their Lilliputian adventures amongst an underground terrace deep in the underground world that Williamson left us’ Sigh. Did they read my statement before they reviewed the work?

Nothing at all about the exhibition at The Chapel Gallery in Ormskirk. I’ve pushed it as best as I can, but there’s only so much I can do from this distance away.

A week of sitting and waiting ahead now, before I begin to take it all away and then its gone and forgotten.

Altrincham Festival on the news…brief showing of my shoe installation : http://www.youtube.com/watch?v=T8-bMPgZnN4&feature=youtu.be 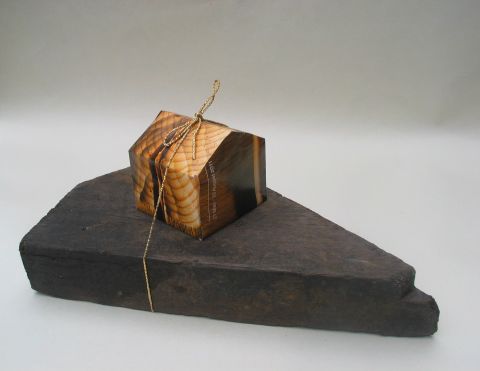 Last nights PV in the Williamson Tunnels was a bit like shopping in Hollister. Although there was some dim lighting and one or two of the artworks were candle lit – which worked really well, I think mine looked a little lost. It was a very small installation and because of the nature of the tunnels, health and safety etc, there was only one place it could go. I had a lot of positive comments, and the publicity was excellent, so I shouldn’t be disillusioned, but it’s one of those…. you know when you haven’t installed it yourself and think you would have done it differently?

In retrospect though, my mind has been in overdrive over night… what if I’d added some sort of lighting…made it bigger… added something…

Someone wrote on facebook ‘ Artists do their own further education through their own practise, development, research and amount of time given to projects’ No idea if its a quote from someone else – but how true!