Saturday morning I travelled over to Fulwood Community Gardens in Liverpool to install my work.

I had a choice where I could put it as it was a fairly large space, so I decided to put it close to trees and bushes so it would blend in.

I didn’t really have the time to deliberate as I was heading over to a party at 3pm. I wouldn’t normally blog about my social life  (Not that interesting)  but conversations turned to work for some reason and as  a couple of people were saying that they wouldn’t know what to do with themselves if they didn’t work, it really got me thinking.

What would I do?

If I didn’t work, I’d be in the studio EVERY day. If I didn’t feel like being there, I would be visiting every exhibition, going to artists talks… I could think of a million things to do.

We’d all been to school together and although we’d kept in touch (Christmas cards , an occasional email and more recently Whattsapp) We hadn’t actually met for many years.  We’d gone in totally different directions.

As we were shown round a newly installed  bathroom that probably cost a year of my pay, I wondered where I would be now if I’d followed the path my teachers had tried to send me on.  Being good at Maths, I should have chosen Accounting , banking or something along those lines. My teachers were exasperated.

I could be sitting here now in a big house with several bathrooms…. rattling around with nothing to do.

Don’t get me wrong, I would love to be on more money but I think there’s huge advantages of following the path we have decided to go on. Despite having times when we don’t feel creative, we are always looking…. always thinking.

I’m away from the day job today and spent it slowly going through the ‘to do list’ before going back to work again tomorrow .

I really wanted to see some of the Biennial and Independents exhibitions in Liverpool as there’s so much on. I have seen some of it, but really only the tip of the iceberg. The problem is, everyone is working really hard to get their work out there and be a part of it, there’s no time to actually visit :-(

But that will have to wait.  I had a list and only one day to do it all.

First was packaging and posting off my work to Sweden.  Yes, recycling older work again, but its either that or struggle to finish new work .  I like it though and it fits with the theme.

We (a few members of my group SCI)  were asked to fill boxes for a shop window display in Enkoping.  Did I say already in an earlier blog how we know the Swedish group?  Can’t remember. OK, to recap , we met them when they (ArtMobile) were in the booth next to us at Supermarket (the art fair) in Stockholm a few years ago. We’ve been in a few exhibitions with them – they hosted a couple there, we hosted a couple here.   Anyway….A lot of  this exhibition briefing was slightly lost in translation, but I hope what I’m sending is what they want. 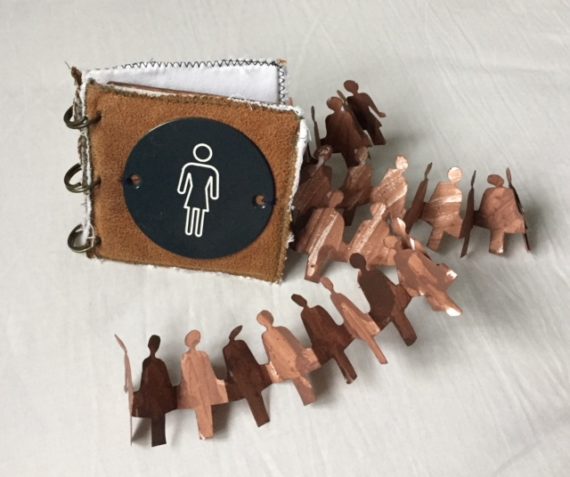 After the post office, I headed to the studio to give my wooden house (mentioned in my last blog) another coat of varnish. I  don’t think I’ve done an outside work before, so this all new to me.  I think it should be OK though.   I’ve prepared and painted my own windows in the house and they haven’t rotted yet, so  hopefully this will also stand up to the weather.

I’ll deliver that on Saturday for the festival : http://notjustcollective.weebly.com/newsblog/july-11th-2018

I have to decide now whether to carry on preparing for other exhibitions or clean the house.  I can see a really thick layer of dust on the TV stand so perhaps that will win.

Its a reluctant choice.

I forgot the term …you know when you really need to do something, but instead of getting on with it, you do something totally random that has nothing to do with anything really , like sorting out your sock drawer so that its colour coordinated?

Well, that’s been me the last few weeks. Not  actually the sock drawer, but doing stuff that didn’t need to be done so that I didn’t have to think.

I was totally stressing over that piece of work in my last blog post because I had decided for no reason at all, to enter it for an open exhibition.  It wasn’t on my list, I knew damn well that nothing would come of it ( whether it got in or not, who ever remembers work in these exhibitions anyway?)  But I needed to prove a point to nobody but me.

I worked and worked on it until I was half satisfied, packaged it up, then on the morning of delivery, I thought ‘Why am I doing this?’

I have at least 3 exhibitions coming up that I need to spend time on…not this nonsense.

I was panicking because I felt that I had to constantly make new work. But I don’t. I don’t actually have to do anything. I could just sit here and twiddle my thumbs.  Its my choice.

A while ago, I was invited to put work into an outdoor event. I didn’t hear anything for ages, then suddenly got an email asking to deliver the work around 22nd July. WHAT??

I didn’t have a clue what to put in as the work had to withstand the elements.  Going to the studio made me realise that I could just rework something instead of making something totally new.    No need for all of that panic and procrastination. 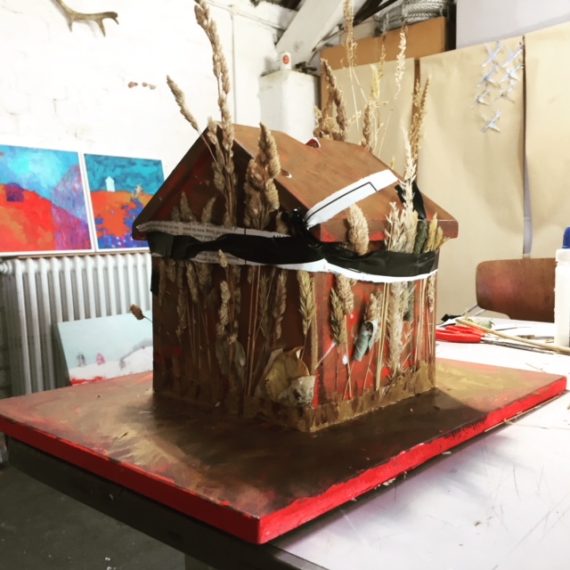 I’m making the houses from an old installation more rustic, then I will need to coat them with tons of varnish.

While working on that, I’ve been sorting out the publicity and images for the independents exhibition next month. I wanted to put a group show together of artists I have worked with and who have invited me to exhibit with them. Its really nice to have built up that rapport.

I’ve only just sent the blurb off, so I’ll be able to share it when it appears on the Independents Biennial site.

I’ll worry about the work later!

As for the exhibition in Sweden….. I’ve decided again to use an older work. It is something I liked and I really don’t want to keep shoving things in drawers never to see the light of day again.

I used to hate showing things more than once… but now I just don’t care. Life is too short

Yep, in every sense of the words.

I am really struggling with my work at the moment. I’ve got several projects on the go and I hate every one of them.

I don’t know what it is, but I just can’t keep an image in my head of what I want to produce…its sort of half there, but when I start working, it disappears :-(

The year started off really well…I was on such a roll after my solo exhibition – I had a huge amount of work (produced mainly in the winter. Hmmm… there’s a clue ) I had back to back exhibitions…. and then this.

Damn… my head is frazzled and I have to produce (well , Finish!) work this month for two Independents Biennial exhibitions AND one in Enjopping (nod to Stuart Mayers there!)

The more pressure I’m under, the more dissatisfied I feel. I’m finding fabulous bits of wood and metal while out walking, but overworking them.   Maybe I should put old stuff in the exhibitions… or not exhibit at all??? 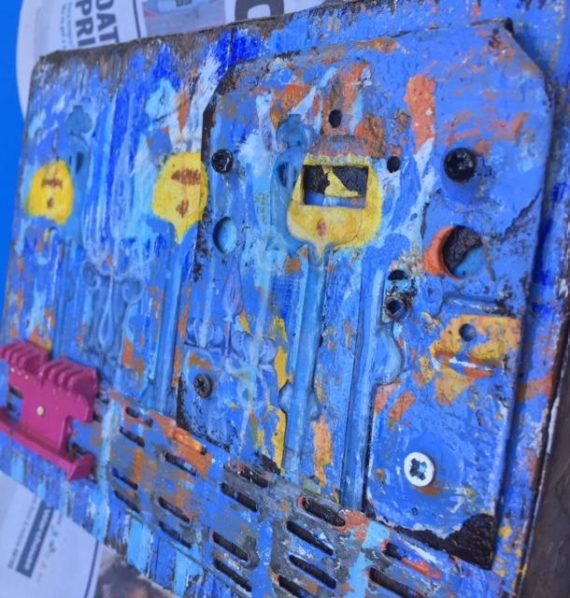