I’ve been idly looking at opportunities today, especially one that was not only sent to me by a couple of people, but had caught my eye anyway, as it was such a rarity.

At first glance it looked quite good, as it was local for me and an ‘artist in residence’ opportunity always creates a certain amount of interest from good contacts as well as the publicity it will create.

I spent a while working out if I can do it without actually giving up my job. Could I use up all my leave and swap and change days?

Looking deeper into it though……. The artist would have to work 806 hours out of the year. By ‘working’, I’d assume that it was 806 hours of workshops, not time to carry on with their own work in a studio.

I bet loads of people go for this, but being the cynic I am, I’m guessing someone is already lined up for it. I will hold my breath and see if I am right. 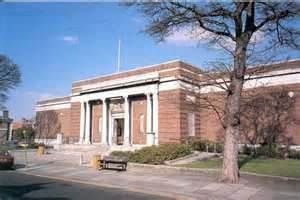 Collaborations can be a bit of a minefield and you can never be sure if things will ever work out. I’ve had some good, and not so good experiences in the past, with some artists that I don’t even want to look at again, never mind work with!

I could probably write a series of blogs on some of the worst – the ones with massive egos and demanding attitudes……….. But I’ll just log it down to experience and keep this post to a nice experience, I was briefly involved in.

A few months ago, I was given a large music sheet to put down in my garden in the hope that I could collect bird poo on it. It was one of several sheets the artist Kerry Morrison used for her project : http://www.bbc.co.uk/news/entertainment-arts-21082873

Mine was a bit of a disaster though, as the birds just didn’t want to know. I think while it was down, not a single bird entered the garden, despite putting down a variety of treats for them. Maybe they were just too suspicious of this large ( 8′ x 4′) sheet of paper suddenly appearing? One day I left it while I went out and it had started to rain. When I collected it, it had turned soggy and covered in mud, even ripping as I picked it up. I felt hugely embarrassed about my failure to do even this simple task.

So I didn’t give it back, even though I knew the event was looming.

It was only two days ago that I suddenly felt guilty and told Kerry what a mess mine was. She sent me a link :http://natureexposed.tumblr.com/post/40847767658/out-in-the-elements-the-elements-the-rain-it and I felt so relieved! Mine wasn’t the only mess up.

I was talking to her today and she was feeling apprehensive about the performance. She told me that she was used to working on her own and felt slightly nervous about someone ‘taking over’ and turning her bird poop into music.

Fortunately, it turned out really well. Of course, I’ll probably never know if there were any screaming sessions or tantrums beforehand, but to me, as merely an observer, it seemed to be really successful.

Although this post isn’t about my work, I feel that we all influenced by what we do, who we talk to and who we work with. Maybe this experience with trigger some ideas for a future project for me. I hope so anyway.

It’s been a bit of a blurgh day…. a trek through the snow to work, convinced that my wellies were leaking…..and a reject from the commission I’d applied for. Not so bad for me really, compared to us all sitting in the staffroom, trying to not look at the latest person who is facing the axe.

It seems eons ago now since we were ushered into a staff briefing to be told of the cuts facing the gallery. I lost my comfy part time office job, which I enjoyed and was doing well in. The job was broken down and bits of it shoved onto several other people who already had a large work load. I was still employable though and was given the option of either invigilating on the gallery, or taking the money they offered and running. I thought long and hard about it….. how long would the money last me? The commissions, workshops and others means of work that I had been relying on, were drying up fast. Maybe I could last 6 months? Too risky. As much as I loathed the idea of standing on a gallery, I asked if I could go full time – the rationale being that I will do it for two years, pay off my credit cards, save some cash and then either go back to part time or try to go freelance. 1 year and 2 months on, the likelihood of things getting better are fading.

12 members of staff took the money. A few managed to get some casual work, the others are still unemployed.

As each department was reviewed, a further 4 or 5 lost their jobs. Although they received a payment, they were not offered work. I count myself very lucky there.

So the last department has had their review and the last casualty has been informed. That’s meant to be it now – all done and dusted.

I’m thinking about it now, because I’ve just read about the cuts Sheffield galleries are facing. Is that really it for us or can they find further ways of saving money?

I don’t think I can last another two years doing this job without going totally nuts. I don’t spend every day on the galleries – just 3 in every 5, but that’s enough.

I see so many graduates join us thinking that they will use this job as a step up the ladder. But there is no ladder – we are all on the bottom rung and we will stay there. Well, until the next round of cuts anyway.

After almost a month of feeling totally lethargic, I’ve been kick started into action by an unexpected means.

Well, not all of the boiler thankfully – just the hot water. Two days of boiling kettles and pans to get myself presentable for work before I got round to sorting it. The realisation of how much I had shoved into the airing cupboard ( where the combi boiler is) struck me, as I panicked to get everything out before the gasman came. ( honestly – it’s always clear in there Mr Gasman!)

I work mainly with recycled materials, so I am forever picking up things that may be useful. Therefore, every cupboard or box in my house – or the car for that matter( as I just suddenly remembered picking up driftwood after a Christmas day stroll on the beach) has items in it in that I may ( or may not!) use one day.

So after the guy went, I tentatively started going through the pile of junk that was now on my bedroom floor. Some of it, I managed to be brave about and threw in the bin…. But found other things of interest….. half rolls of nice wallpaper, wrapping paper, lining paper that I’d used for another project. Brightly coloured old posters….. and it prompted new ideas .

It wasn’t just the fact that I found materials that I didn’t know I had – it was realising that I had no reason to feel frustrated over not producing work, as I was in fact ALWAYS working. Be it in the form of collecting items such as this, or working out ideas in my head.

It really is OK not to be manically exhibiting or planning for exhibitions.

So I’m now on the very long list for the Liverpool Art Prize : http://liverpoolartprize.com/?p=1065 but to anyone who knows, this means absolutely nothing. The criteria was:

*To be born in OR currently based in Liverpool City Region and surrounding areas.

* To have exhibited or realised a project or piece of work in the previous year (June 2011- Present) with evidence of this online.

* To have made a demonstrable contribution or impact on the Liverpool art scene and to have developed a unique and individual art practice.

How I feel I fit the criteria:

· My own project/s in the last year have included four installations made from recycled paper. All documented on my website, on the independents biennial site, in the media and of course in this blog.

· My contribution to the Liverpool art scene began last year when, with Leeds artist Bruce Davies, I got together a band of artists from Liverpool, Leeds and beyond to take part in SUPERMARKET, Stockholm – with funding from ACE North west. The collaborative project developed as we gathered more artists through contacts we made in Stockholm and in Leeds, to become part of The Liverpool Independents Biennial. We exhibited twice in Liverpool as part of the festival, before touring to Leeds and will eventually head out to Sweden and America. As well as working with this group. I was on the board of the Liverpool Independents Biennial and spent a lot of my time promoting and documenting the work of the artists involved in the Independents. All evidence can easily be found on line : http://www.independentsbiennial.org/?PHPSESSID=661ab0ff6d1481361e8b22733367d1cb&s=Wendy+Williams This is all on top of my own work

Reasons I probably will not make the short list: