i volunteered to do the washing up today. quite a brave descision given that we’ve been doing lots of eating and drinking and enjoying watching dvds. to accompany me i chose some tangering dream from 1981, their poland work. i mused that i’d been to poland in 1988 with a british council tour. while we were there we had a backstage tour of the opera house in warsaw, i have some pictures of it somewhere.

on the second bowl of washing, i then mused that i’d not visited much the blogs of mine on a n. i mused why was that ?

there were several feelings why not. one was that actually i was unsure what to say and in what voice. since the end of the arts council funded period, i’ve been one of the aa2a artsits at nottingham trent university and i’ve been enjoying some playful anonymity within the scheme, as i play and try to discover a bit more about myself, my voice and what i’m saying.

another reason for not blogging was a feeling that i wasn’t actually making any images. i have been making images and placing them on a daily photo journal site under an assumed name. the images were made because i could and i got to play with digital image manipulation. as there wasn’t vast amounts of deliberate researching and critical thinking behind them, i didn’t feel worthy of placing my thoughts here. i recognise that i have an underlying issue with self esteem and confidence in my own abilty as it was not fully nutured and encouraged while younger. now i attempt that for myself, it seems very much harder as i am aware i am attempting to do it.

connected with that reason is a feeling of authenticity. as i still search for my authentic voice, it has been difficult to come to this place and add words.

so having said all that, it’s after lunch on the penultimate day of the year 2011. this year has had good points and very very not so good point, that i was able to learn from. going into 2012, i feel i have a slightly better idea of the authentic voice with which i can communicate with the rest of the world. i have two opportunities to consider in january and the aa2a scheme continues for several months into 2012.

my hopes for 2012 are that i am charged by the work that i do to come back to here and write with enthusiasm about what it is that i am doing. since the end of the degree i haven’t felt this aware of where my journey is going.

i see that the migration begun in 2006 is still ongoing and through making and reflecting am slowly migrating to my place of authenticity. 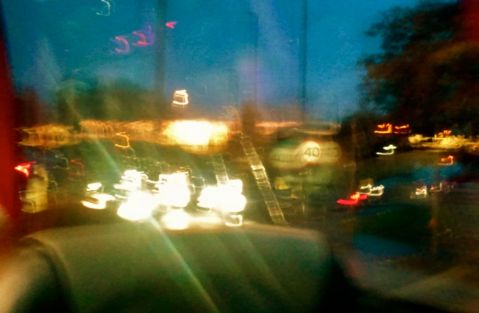