At the moment, I am mostly making boulders. The aim is to make ten boulders  (five in progress, five to go, two weeks left…) for the Holding The Fort exhibition which I’m part of at Newhaven Fort. Why boulders you might ask? It began a few years ago with my Improbable Experiments With Growing Stones when I speculatively made a couple of big “rocks”.  I’ve been feeling ever since that there was some unfinished business here. 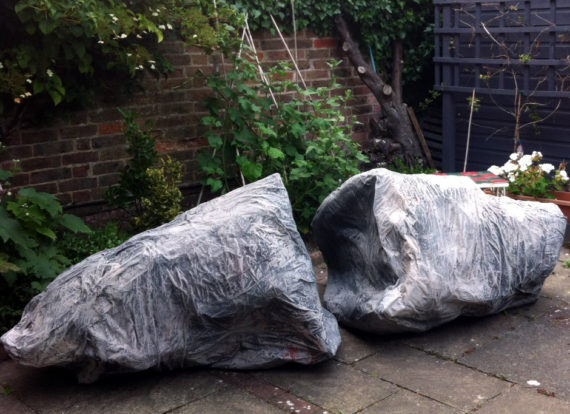 On my first visit to Newhaven Fort a few weeks ago I spotted this: 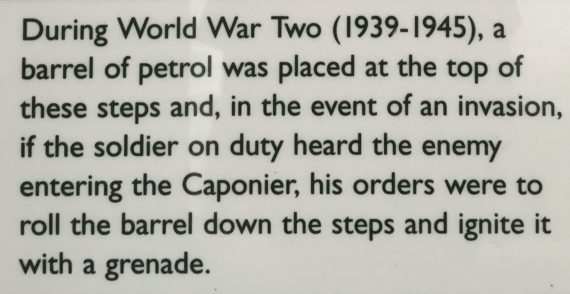 The idea of a rolling barrel of petrol bouncing down the 72 steps to the caponier, along with the location of the Fort built into the hillside behind a chalk cliff, triggered a particular line of thought about rolling stones, blocked passages, cliff falls and the boulder which chased Indiana Jones down a tunnel in Raiders of the Lost Ark. So I decided to make at least one boulder big enough to block one of the narrow entrances or passages at the Fort. 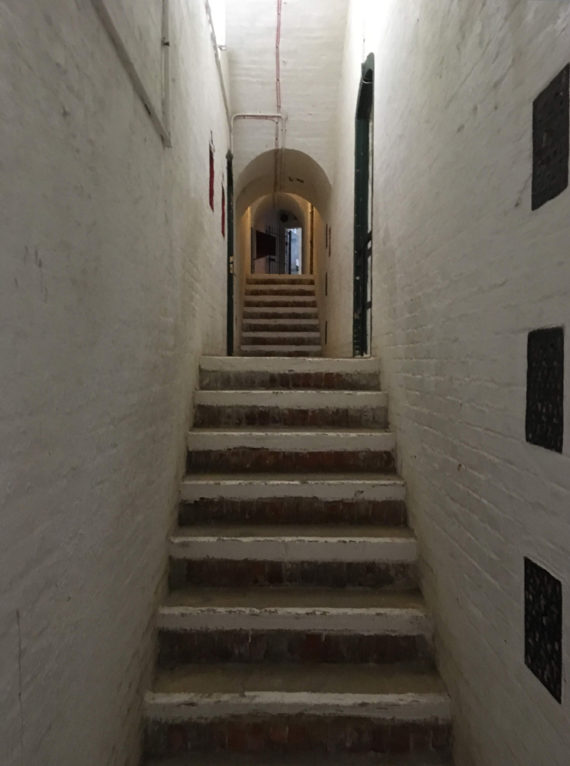 Newhaven Fort hosts one of those vintage museums that remind me of the museums of my childhood which were filled with quirky displays and hand-made flocked model landscapes.  I’ve always loved this spirit of improvisation and am happy to adopt it into my work. It has also helped me maintain my policy of using re-purposed or surplus materials in my work where possible and social media has been a great way of sourcing surplus chicken wire, blackboard paint and cotton bed-linen – some of the essential materials for my boulder-making. It’s been great to get into a routine of messy, hands-on making and the weather has been kind allowing me to spill outside the studio as the first boulders begin to take shape. 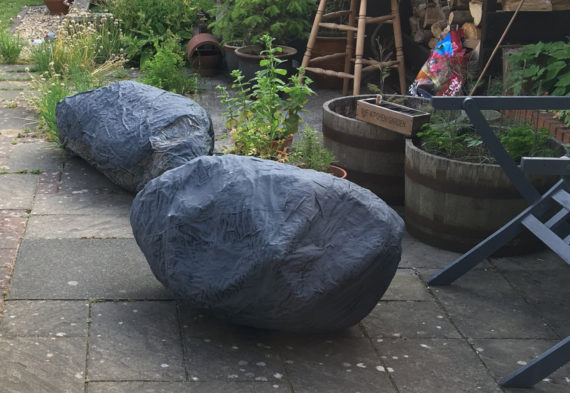 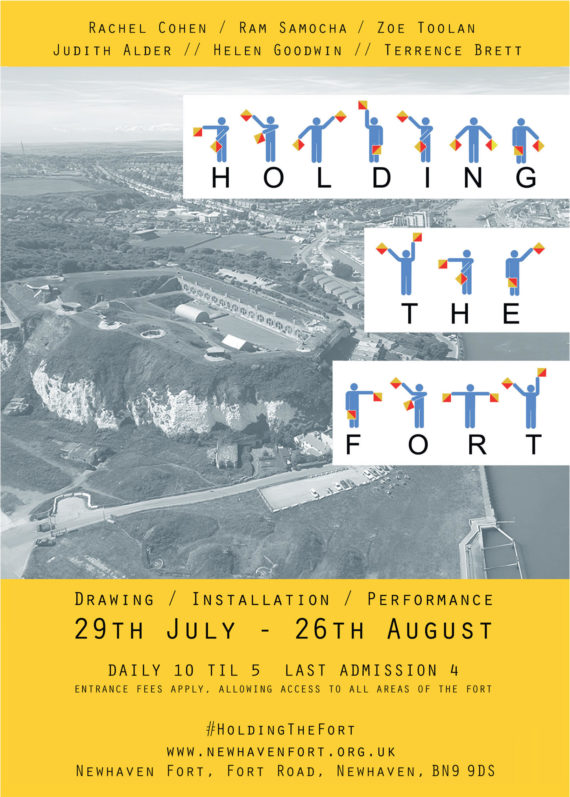