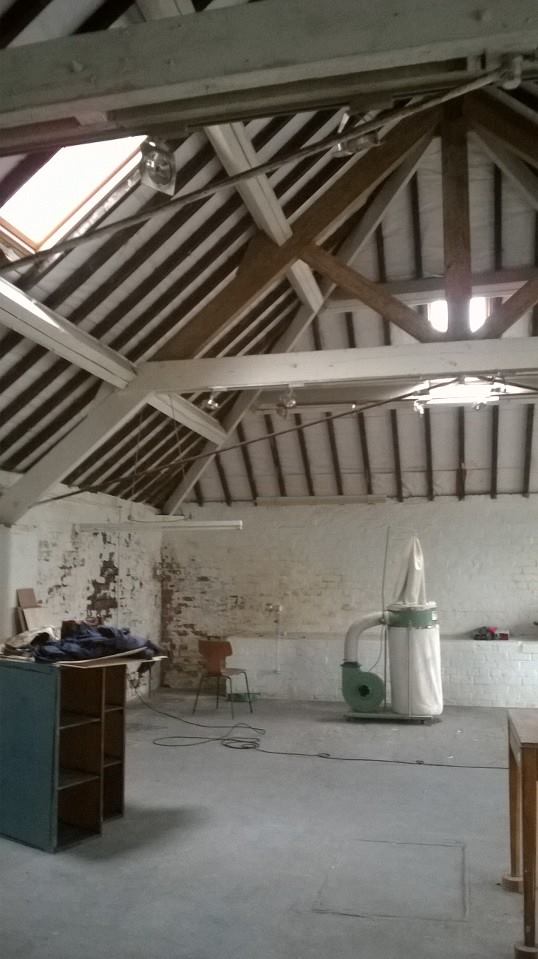 I’ve started to think about all sorts of possibilities that could open up with having a studio.  Instead of it just being a space that could lie empty 5 days a week while I’m working, there are options to use it for exchange, collaboration, display…

My mind was racing last night as I explored the things that can be done, rather than those that can’t.

My group SCI, now actually has an address for a start.  This only occurred to me as I was printing off a pile of potential opportunities I could chase up. Hmmm… this opens up a whole new ball game.

I’m not moving in till the end of the month as I need to get two exhibitions out of the way first and free up some time.  We are touring a mini version of our NY exhibition to Arena Gallery for their Biennial exhibition :    http://arenastudiosandgallery.com/2014/07/01/whats-next-for-arenas-biennial-programme/  followed by my other group ‘Soup Collective’s ‘ (SC) exhibition at Tate Liverpool.  I’m trying to get through both without taking leave, so its going to be a trying few weeks.

They do say that everything leads to other things though, so  I am feeling a lot more positive now :-)

I’ve been trying to work out when things all began to change,  Did it happen gradually – so slowly that I hardly noticed it happening, or was it just a ‘Ping – that’s it, I’ve had enough’ moment?

I’m talking about the change from being a bright eyed graduate many years ago– applying for everything, full of excitement and optimism for the future – to this, me now, cautious,  jaded, cynical.  Trouble is, once you get to that stage, it’s so hard to break the cycle.

But I’ve started… painfully slowly….. putting myself back into that mindset.

I’ve done so much since I last wrote in this blog, but it’s been like carrying a heavy weight – making changes, but full of self doubt.

What came first? Oh yes- the open studio tour.  That was a huge leap for me but it seems ages ago now… it was a hot and sunny weekend, and we’d set up camp in a brand new restaurant/ event venue. Our rooms had a balcony leading down to a patio and it was like being on holiday.  The weekend brought 80 visitors, more curious about the building than us I suspect, but it was nice to talk to them.   I don’t know if all open studios are the same, but our visitors were mostly craft type people. No gallery owners or anyone else that would offer ‘opportunities’. By the second day, I’d removed all prices from my work and this seemed to encourage more conversation.  It was good, but I don’t think I would do it again.

Four days later, I began my first workshop session at the Williamson Art Gallery. These things had been been on my wish list for such a long time, but I was always creating obstacles for not doing them. Setting them up was relatively easy.    I got nine attendees and it went really well, but the following two weeks meant that I had to swap my days in work to free up the evening.

It was good to talk to a different set of people and exchange ideas. I loved that they brought in ‘homework’ before each class – showing everyone what they had learnt and how they had adapted their ideas.

I also loved that I had a day free (apart from the prep time) so that I could do things I would normally do on a day off, but still get paid. It would be great If I could do that every week, but I think that’s unlikely to happen (uh oh – a little bit of my cynicism creeping in there)

Mid way through the month, I’d installed my paper boots at the Barnaby Festival in Macclesfield. I think it went well, I liked that I got mentioned in the papers and axis web ran an article on the festival, again mentioning me.  This persuaded me to apply to axis ( on my ‘ to do’ list for the last two years or so!)  I was accepted, but I hope that it will still a good move with them losing their ACE funding.

The last thing on the list was bagging myself a studio. I’d been reluctant about this for such a long time, because I couldn’t see how I could find the time to be there. Would it turn out to be a waste of money?  Why do I even think this way now? I wish I could stand on that precipice and jump and not be looking out for scraps of twigs to reach out for ‘just in case ‘.  I never used to be like this.

But hey – this is the year of change and at least I can say I’ve tried.