Failure to launch? Collaboration as practice

In 2010 we were getting ready to set up Studio 75 and we were asked by TINAG (This I Not A Gateway) an annual festival/conference on critical urbanism, to run a workshop. That year’s theme was “Finance”. We decided to run a workshop looking at the question: “Can to collaborative artistic modes of the 1960s and 70s offer anything useful to practitioner working today in the mist of financial crisis.

This discussion was interesting but I have to admit I felt depressed by the end of it. We discussed many models, options and possibilities, but the upshot seemed to be that:

2/ the art academy (BA, MA , PhD) is of unprecedented importance in terms of validating the artists worth and – crucially – self worth (despite the short time spent at the academy in relation to the – presumably – long time spent actually being an artist)

4/ in the face of funding cuts most artists feel the best option is to be as commercial as possible. Models suggested included running a bar or cafe as part of the gallery (though when this does happen, it is never used to support the artists in the form of fees etc.).

But then maybe we were the ones in the wrong. Why did we laud the models of the 60s and 70s (and early 80s if you take the New York scene into account)? After all, we weren’t there, we just know what those who were there told us. We all grew up in a different era, an era of individualism and emphasis on self-realisation. We grew up being told that the main thing was Self, and so we are Self-ish. We were told this was the right way to be the right thing to do. Make goals and strive toward them.

I write a short text on collaboration in 2003 [ http://www.luna-nera.com/collabor_ate.html ] when I was part of a very active collaboration. Now I look back and to realise that we were very lucky to have found each other and been able to work together for ten years and make many big, satisfying projects. But even then collaboration was not easy: there were many people we worked with once and never again, because they were over-selfish.

Now, after a year of running the studio which we hoped would be a seed-bed of collaboration, I have to say we failed. We were unable to resurrect the models of the 60s and 70s because those times are past. We failed to create a close knit collaborative network of artists, though we have made some terrific projects and in other ways are very pleased with that we’re doing. We failed to create a kind of self sufficient avant garde with aims and collective goals and standards. We sometimes failed even to communicate with each other (we have to admit it!) when we needed to.

This does not mean the project is a failure, but it does mean we are at a crossroads. If the collaborative model fails and the individualistic model is not delivering, and the commercial model is shallow and the institutional model standardised and boring – where does that leave us?

Or doe we just need to rip up the history book and write new “rules” for collaboration?

But we are going to have to do something.

ps. these are my views and don’t necessarily reflect the views of my friends in the studio. The discussion is still ongoing. I’m interested in your views. 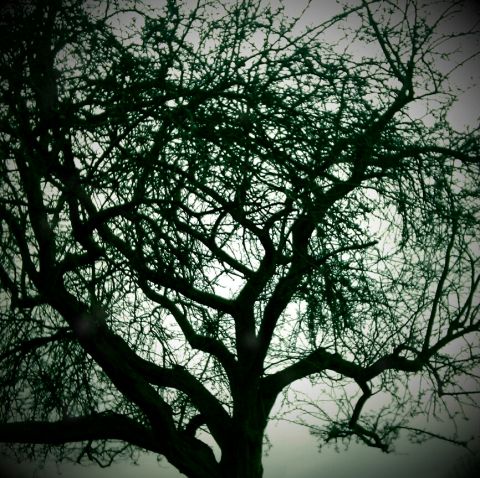 After one year of operating Studio 75 we have begun something new. In late January, we received permission from the London and Quadrant Housing Association to take over the whole Kingsland Estate, where the studio is sited, and use the buildings (there are over 12 buildings) as a space for a mural exhibition. The estate is part of a big regeneration project and right now it is only semi occupied, and therefore semi derelict, with many flats bricked up. The mural project is meant to bring some cheer and humour to the site, by creating a mythical kingdom, The King’s Land – populated by strange and funny creatures running rampant on the walls.
The project has now started and is supposed to conclude during the Olympic games this summer.

The KING’S LAND blog is at:

The murals are created by Studio 75’s Nazir Tanbouli. Nazir has a long history of mural painting, indoor and outdoor, in Egypt and Europe. See http://www.nazirtanbouli.com/mural/index.htm for some examples. But this time he’s taking a new, experimental approach, working with graphic drawing

“I’m working with ink on paper collaged on the wall, this way I can start now, and will avoid working outdoors in the cold winter. I’m doing it all so far on my own expense. Ink on paper on wall is a technique that as a mural painter I always wanted to do yet it was always dismissed by clients and commissioning bodies so I decided to put my theory to the test and see how it survives a few months of English weather; if it can survive that it can survive anything. “

Naz has completed 3 murals, seen in the photos, and the 3rd was a collaboration with German artist Valentin Manz.

We will be hosting a number of events and drop in cafes during this mural project, alongside our regular program of monthly exhibitions. Next up we have got our dear friend Adrian Shephard, Berlin based video artist, coming to the studio – more on that soon.
﻿