The show is [at last] set up. Book art really is special; there’s nothing like it. Having Misha Pogarsky around, with his amazing, truly AMAZING book art works is humbling, enlightening and inspiring. He’ll be at Bristol book fair this weeknd as well so if you are there, hope you see him!

However, some works that were sent by courier (a courier that has a name consisting of 3 non-vowel letters) has proved to be an awful experience. Despite our extreme care in haivng the premises staffed at ALL times they did not bother to deliver TWO shipments of books. We know they didnt bother to come since they didnt leave a card. In any case we could not have missed them, somebody is always here. And now its holiday weekend and after that it’s too late. Disgusting. ONE is too many, TWO is shocking. 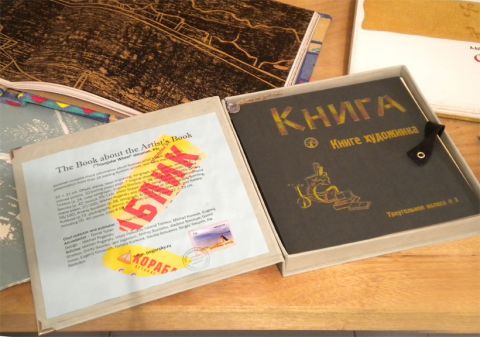 The visa is obtained, the new plane ticket bought and Misha will arrive from Moscow to London in the morning. It will be the first time we’ve worked together in person since a residency project in Kronstadt 2003 – 2004. http://www.kronstadt2004.org

Setting up will have to be quick but as our space is not large and it’s pretty well organised, hopefuly not painful.

But will anyone be left in east London, between fleeing the city (everyone I know) and hanging out at Buck Palace (seems everyone else)??

Let’s not waste time thinking about it. The show – drum roll – goes on.

Anyway the books we’ve received for the show are beautiful, really brilliant art works. Some great book artists in this country.

– pics from the show to be posted anon – 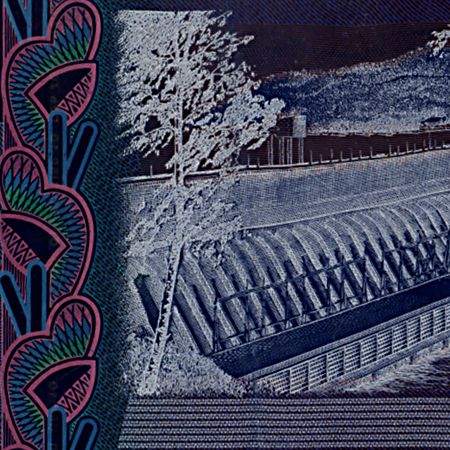 The book art project has to be postponed by a day as the Russian curator Misha Pogarsky, had his visa delayed due to Easter holidays People often don’t know this but embassies take the holidays of the country they belong to not the host country. SO it’s not Russian Easter but the British embassy in Russia is closed. I have been caught out by this myself at the Russian embassy. Sigh.

So we open Friday afternoon instead of Thursday evening. Vying with the the royal wedding. Sigh – again.

narrative drawing. Made from hand made ink drawings, scanned and animated. By Nazir Tanbouli 2011

We’re currently preparing for a book art show, but a really special one. It’s been my dream to present this show in London some time. “Prospero’s Library” began as an idea from Moscow-based writer and artist Mikhail Pogarsky, who imagined a project inspired by both the character of Prospero in Shakespeare’s The Tempest, and the film Prospero’s Books by Peter Greenaway. Imagining Prospero’s magical “library of everything” was the starting point to collect together an exhibition that is ever-expanding and transforming, as different books and items are added to it, and it magically manifests itself in different places on the globe. “Prospero’s Library” truly resembles the original library of the magician Prospero in that, like his collection, it has travelled far and wide. The first manifestation of the library was made in the Zverevskiy Center of Contemporary Art in Moscow. After that the show toured to various regions including Yasnaja Poliana, Tula where Tolstoy lived; culminating in a presence at the Moscow Central House of Artists. Further tours were made in Russia, and to Catania and Milan.

Finally, the library is in London. And it’s taken some time to do this because the project is too “odd” for London. It’s not really trendy, it’s not very commercial and it’s not really conceptual either. And we didn’t event try to get funding for it. How on earth do you answer the ACE questions about “public benefit” to something like this. Who can answer that? Approaching the various Russian cultural organisations in London plunged us into scenes from Bulgakov or Gogol. Not being affiliated with any university art department meant we could not use them, which would be the easy way to get a show like this out there. Now that we have Studio 75 though, the time has come. The studio is small but not smaller than a book fair and the show has been at Moscow Artists book fair. In any case, the show changes every time.

Artists books are strange and interesting things. Often I balk at “text art” for a number of reasons not least of which is cultural imperialism (more about that at a later post). But the history of the artists book is so fascinating, so underground and quirky and subversive, and the books themselves – from William Blake’s Songs of Innocence and of Experience to the work of the Lettrists and Fluxus, are just so brilliant! Our project is interesting because it brings together quite a lot of very different kinds of book art, from Russia, from Italy, from the great diaspora that is London – as well as different forms: uniques, multiples, digital books, book installation.

I hope it’ll be as fun and interesting for the audience as it is for us.

It’s interesting the variety of people who come by the Studio to see what we’ve got going on. It’s a great mix of people: lively, opinionated, dynamic. Artists and non-artists alike.

What seems to me to be a bit odd though, is that there are quite a few people I’ve known for a long time and with whom I have had many, many conversations about the “state of art” and how “change is important” and all that. Together we’ve criticized many things we don’t like and ranted about how to change it.

Well, now that my friends and I have decided to put our money where our mouths are, and set up our own thing and try to do things a bit differently (or die trying) – where are these putative supporters cheering us on – or pointing out where me might be going wrong? Invisible. Oh wait, no they’re not. They are just down the road, busy swanning around at the self same institutions they had been criticizing only recently.

Should I be angry or upset? Or just resigned? Let’s face it, we live in a branded culture, where the imprimatur of a big known brand just does count for more than the “no name” version. If a well known brand wants to sponsor an art event, then it is just going to get more people there than some obscure collection of artists. I know that. I don’t even mind. Just don’t preach the radical no-logo art revolutionist claptrap that you don’t actually believe in, cos it’s fashionable.

It’s like the way that so many art bookshops sell these super glossy expensive editions of Situationist texts, or Marxist programmes or even anarchist texts, in lushly bound coffee table editions. Or handsome volumes of radical theory. Relying on the fact that nobody who might ever put any of this stuff into practice will ever read them. Art institutions are not, and will never be, places of radicalism in any form. Do the math. 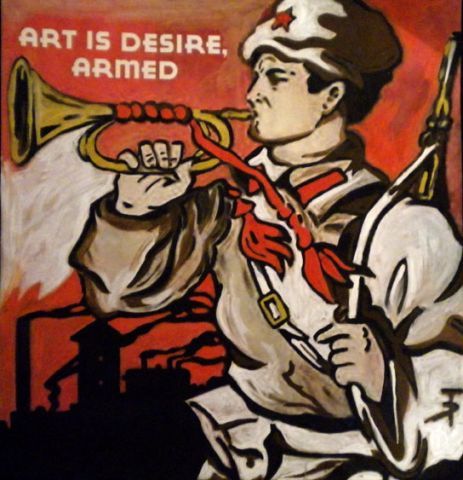