I’m pondering what this experiment tells me. 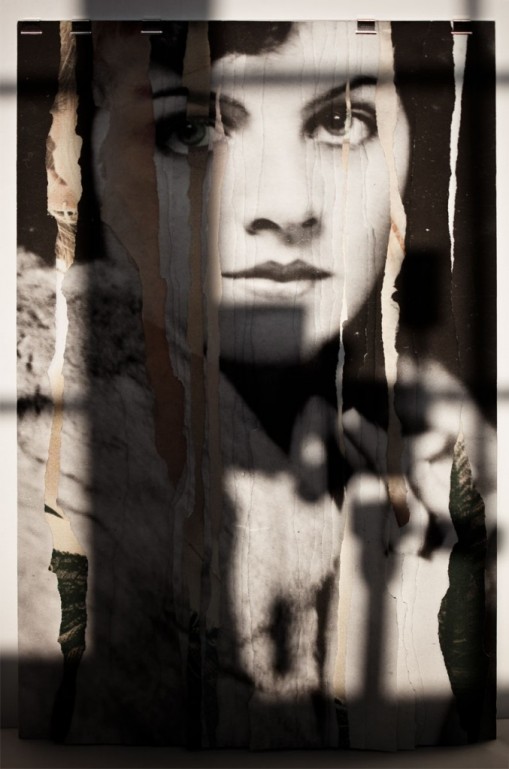 It’s a photograph of a shadow from my studio space falling onto one of my favourite collages. It connects what I’ve made to architectural space and forms – the shadow of the studio windows and outline of the camera itself as it records the shot. In this instance, the connection between the collage and shadow talks about my personal identity, my artistic practice and the photographic process itself. It’d be interesting to try another tack where the connections are more about space and place.

Showing the results as a photograph feels more like documentation than a resolved piece of work. I think it needs re-creating in real time – so a subtly shifting filmed shadow projected onto a collage – encouraging commentary between photographic image / film and the dead / re-animated. The approach works with my larger dibond collages (41 x 66 cm) but could also work well with a larger canvas poster piece (150 x 241.5 cm).

Next step; film the shadow of the studio windows and test if / how projecting the image onto the collage feels in comparison with the photographic approach shown here.