In their latest work, ‘Ecce Homo Tesco’, Doyle and Mallinson present a range of horribly convincing and uncomfortably satirical dioramas, a conflation of contemporary concerns and debates. Dark yet humorous, modern props and scenarios are made to strange references loaded with pathos, mirroring society and our times: ‘Behold the lazy, track-suited lager swilling man’. 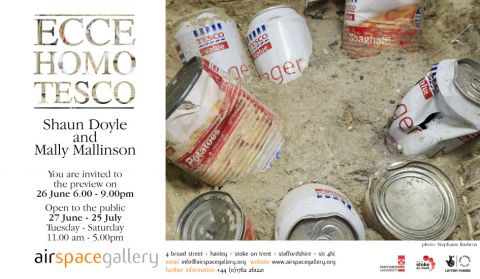 This May AirSpace was on tour, well okay it was only one venue and it was in Leek but it was a really great opportunity to see some of the work that the people behind the gallery are creating.

The private view on the Wednesday was a really great turn out, and there was a nice atmosphere filling the high ceilinged room that is the Nicholson Institute.

The artwork, although not curated as such, appeared to be taking the viewer on a journey through the exhibition. Throughout the week people were seen to be delicately walking around the space, avoiding the large amount of floor-based work, map in hand and scrutinising the work on show.
It was interesting to see the links between the practises of those involved with the gallery. There seemed to be an underlying theme of nature and the environment. Phil Rawle, Anna Francis, David Bethell, Andrew Brandscome and Brian Holdcroft all used imagery and objects linked to nature, from discarded branches to planted seeds their work seemed to be reflective of a world increasingly aware of it’s environment and our use of it. Other subjects were scattered throughout the show including explorations of memory by both Stuart Porter and Katie Shipley and Bernard Charnley’s referencing of the human condition.

For artists working together, but not as artists, I think it’s important for us to be able to explore each other’s work in this way. I think the exhibition has served to be a much-needed pause for thought on the work that we are creating, allowing us to realign or reaffirm the direction we are heading in. 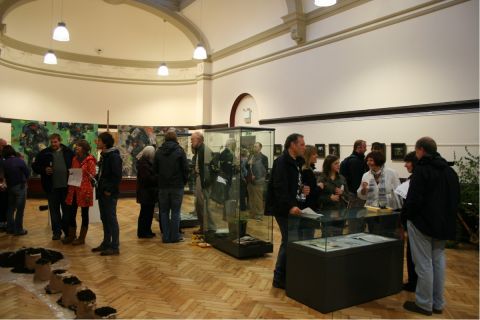 This year’s Dialogue Box series started with Laurence Payot’s new work ‘Back to the Future’ where Payot sought to challenge people's perceptions of their everyday surroundings, of what is considered commonplace in our current culture, and how this would be perceived in 10 or 20 years time.

The series continues this month with work from Ben Chetter; views from people during his adolescence had Chetter experience the negativity of homosexuality and to virtually treat it like a disease, here creating a negative stereotypical view of the effeminate.

The stereotype of effeminate qualities in homosexuality has intrigued Chetter to combine it within elements of symbolism. Incorporating the stag, the artist uses this as a predominant mediator between human and animal instinct.

He is the man of the forest, the epitome of masculinity. 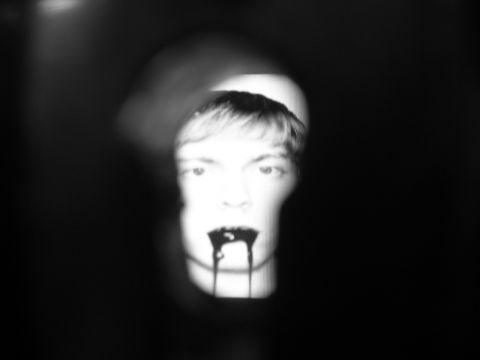