Well, I got shortlisted recently for a residency not too far away from home and got to interview stage which was very encouraging. I really enjoyed doing the research for the project and think I could probably adapt it if need be.

It’s been business as usual really, though the DAD bid is nearly finished. I would be fine, if the 10,000 words I had promised to translate hadn’t morphed into over 90,000 to manage and subcontract. It has not only been exhausting, but also boring and, more importantly has taken all my free headspace. So my resolution to read more has gone out of the window. Still I did manage time in the studio today.

Other good news is that I may have found a semi-permanent home for my MA work. Thanks to Joanna I have to say, but more on this later, once there is a firm commitment from the client.

The Chinese New Year of the Dragon started on Monday and I decided to throw a party for fellow creatives in Dover – was quite funny as my mother helped with the cooking and we got quite a production line going – felt a bit as if I was in the noodle shop in the panda kung fu film, only I was happy to be there. One evening of cooking shouldn’t be beyond anyone … not even me.

I was on Radio Kent this morning – teeny snippet of an interview relating to Dover’s preparations for the Olympic Torch and DAD’s Bunting Forever project http://www.dadonline.eu/node/332. We’ve been trying to get radio coverage since we started in 2006 and it has finally happened! 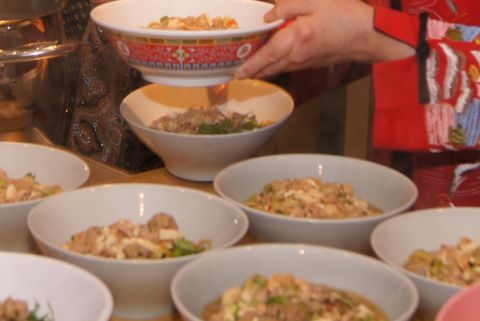 So far 2012 has been really really busy: seem to have spent all my time at meetings, but the good news is that I have been awarded a bursary to go to the State of the Arts conference up at Salford in February.

I have managed to get into the studio and my New Year’s resolution is to read more! Novels, theory, critical writing in magazines ….

And of course, get into the studio more …!