It’s not always about work ….. Yesterday was about enjoying a BBQ in the fierce afternoon sun as a farewell party for one of the studio holders … But today it was back to work in the studio, trying out some combined monoprints from a collograph plate and a drypoint plate. These are on Xuan paper using water-based inks.

Was down in Folkestone again today and did this drawing, following the 3 rules I’ve set myself. The element of time is probably the most important rule – the drawing ends when the time is up rather than when I think or feel it might be finished and also I don’t allow myself to judge it early on as not working and so find an excuse to scrap it and start again; the drawing becomes a kind of commitment rather than a gesture. 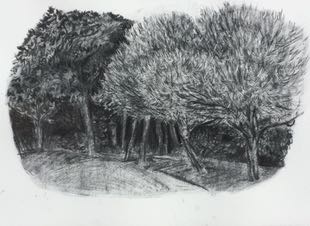 Did another drawing today, accompanied by Joanna who worked on a watercolour of the same view.

Rules as for yesterday’s drawing. 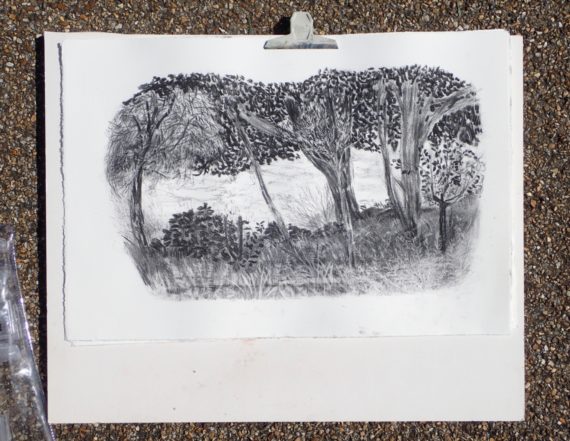 I promised two new drawings for a show at Brew in Folkestone in September and suddenly realised that time is getting short… So yesterday I went out to the Lower Leas Coastal Park to get one of them done.

There are a couple of rules: 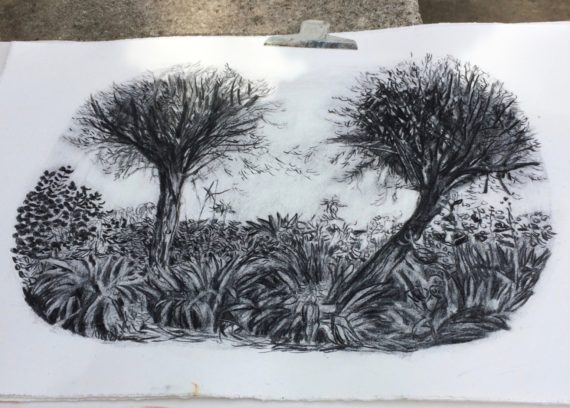 The work I did for my residency with the Wealden Literary Festival has, apart from anything else, brought about a rethink of my artist’s statement, to take into account my perspectives on the problematic issue of identity, especially in a society which categorises people by ethnicity. Even if there are now different variants of “mixed” categories on various forms, I often find myself ticking “mixed other”! The residency was an opportunity to work consistently over a period of time and this has helped me focus. I have resolved to keep going with timetabling studio time and sticking to my “own work days” unless it is absolutely impossible.

Over the weekend I went to see Joanna Jones’s fabulous exhibition in Bad Soden. It was in the former Badhaus in the alte Kurpark and the smell of sulphur from the springs brought back memories of time spent in Bad Kreuznach as a patient, with various doctors trying and broadly succeeding, at least for a time, in getting my RA under control. 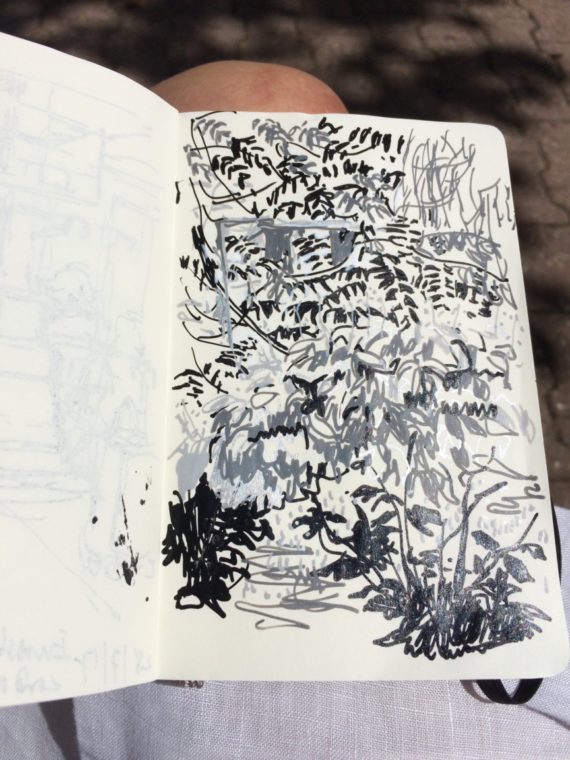