Have posted a project listing on a-n here under projects. 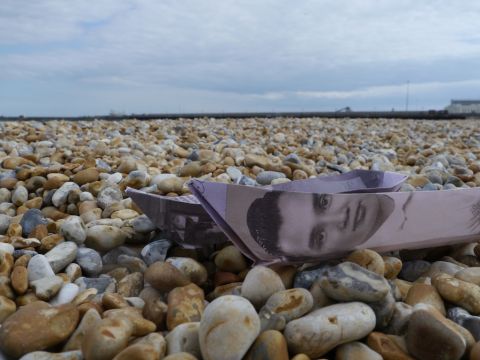 – have taken down work from Norlington Road Studios – the end of the show was marked by a friendly, relaxed BBQ; huge temptation for the dog with all the yummy lamb sausages around

– restoring the “Celebration Arch”; some pom poms got taken as mementos; ended up even getting my dad involved

– been to meetings and done some mentoring

– folded some boats on camera for The Voyagers project (video to come); had fun doing it

– started to think about textile piece for The Voyagers; not being a textile artist this is quite a challenge

– been to see potential new studio space; looks fantastic, just need some people to share with; am hopeful

– updated website, have decided to change the image on the landing page regularly, say, every week

– taken part in impromptu London Biennale event – White Happy Hour in Dover; as I left the house, dressed in white, someone I know took one look and asked if I was ok!

– usual domestics at home: walking the dog, playing with the cats, cooking, doing a spot of gardening … 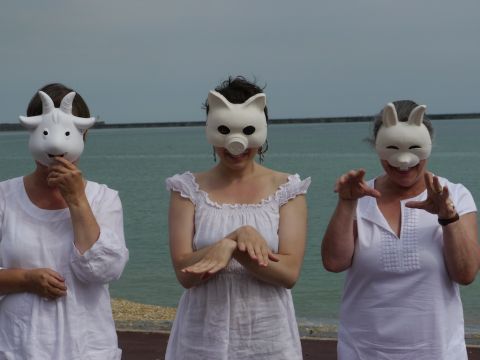 Phew so that’s all over for now: my legs and feet still hurt from standing so long yesterday during Dover’s Torch Relay celebrations, which were not as festive as they might have been thanks to the rain. I had not expected to find the Torch relay such a moving experience but seeing the first runner Jamie was something I really will never forget.

The evening ended with “A Song for Dover” combining song, boats and fireworks. http://www.theworldfamous.co.uk/news/

There was a real effort to put arts and culture at the centre of the event and the atmosphere along the sea front was magical.

Thousands of people went through the DAD Celebration archwayhttp://www.dadonline.eu/node/411 and it certainly raised a few smiles.

The focus over the next few months will be on my studio practice.

Enjoyed the opening of When the Walls Come Down though a little disappointed that my work wasn’t selected for Wandering Rocks. Have to stay confident in the work though.

Anyhow, onto the next thing. I am doing a project called The Voyagers which centres on the symbolism of boats and alludes to Now Voyager, the film in which Bette Davis is transformed from awkward, bullied spinster to a beautiful woman in love. Info here: http://www.studio308ltd.co.uk/Projects/Entries/201…

i will be putting up instructions for the paper boats. 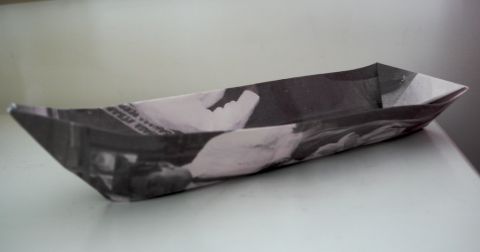