Working in the public realm can be so exciting as with the bunting forever project when it all goes well and everything comes together and when it’s popular. Equally exciting but terrifying is our project to get the underpass through to the seafront cleaned – we actually managed to get Highways to allow us to close it temporarily for the works – but as it is the primary route through to the seafront under a really busy road, this was quite risky as pedestrians are reluctant to walk all the way to the nearest safe overground crossing, preferring instead to jump over the barriers in the middle of the road. I also found myself having to pacify a couple of people yesterday and as I’ve not had a lot of experience of dealing with complaints that was also scary but in the end it was all friendly and they said that even if they didn’t think it was a priority they could see that there were different opinions about which parts of Dover to clean up. Once they realised it wasn’t “just for the Olympics” and that it wasn’t “the Council” they seemed to feel better.

I never ever thought I’d be doing this kind of work when I graduated. It is fantastic what life in the arts can bring. An opportunity to make real changes.

Dropped some work off for the Jerwood Drawing Prize today – a long shot but anyway, it’s worth a try. 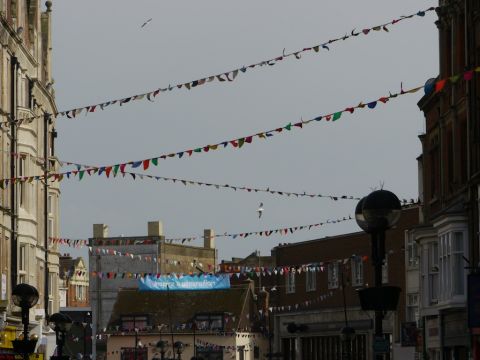 The first lengths of Woolly Bunting are up in the Market Square: it was so exciting to watch and I got very emotional thinking of the care and time that has gone into creating each pennant by every single person involved.

Work for “When the Walls Come Down” in Leytonstone is at the framers.

Have written up my project which I will be launching at the Whitstable Biennale Satellite. More on that later. Took some urging to get it written – probably had to overcome something akin to fear. Getting the project from idea to concrete proposal is not actually that hard but it feels like it will be before it is written down. In the writing of it though some of the details get worked out which makes everything alot less daunting. 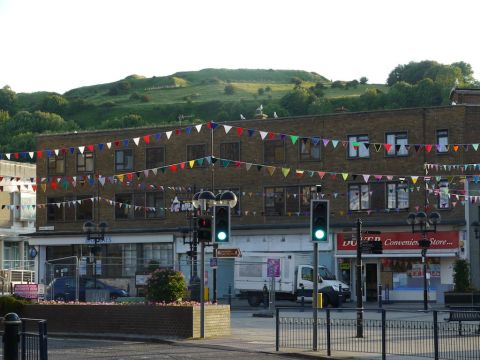 So now back down to earth – am getting some small drawings framed in time for the Leytonstone Arts Trail – When the Walls Come Down show. It will be interesting to see what they look like framed. Actually I’ve been so busy that i didn’t manage to finish one of the pieces yesterday so finished it off on the train – had my sewing needle out and was frantically adding stitches to the drawing – got it done though just before getting to Stratford.

Next week i will be doing some admin! 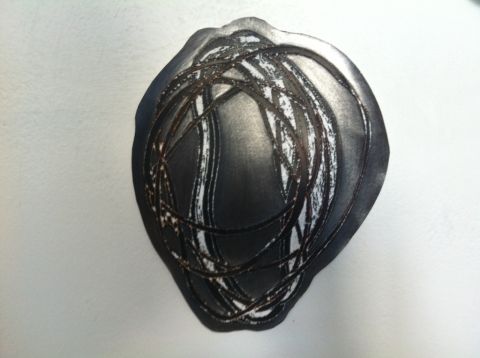 Such a brilliant day on Sunday – planting and picnic event on Dover’s Esplanade as part of Love Architecture: http://www.lovearchitecture.org/event.html?event=1… It was a great way to enjoy the fabulous Tonkin Liu Esplanade.

Presented at the East Kent Cultural Conversations organised by UCA in Canterbury yesterday and enjoyed the day. Organised deliberately as conversations there was much less of the usual endless corporate presentations. Toby Huddlestone ended his presentation of his Exhibition as Medium project with a summary of evaluation data and when it came to impact just said he wasn’t sure but it was about making good work and having a good time together, which I found both honest and true. Isn’t that what we are doing? His end symposium at The Showroom last week was also good – friendly atmosphere and very thought provoking. The Cultural Conversations ended informally round The Table which DAD played a part in enabling.

Have started the day with a walk on the beach with the dog in the early morning sunshine and once I’ve knocked out a few emails and phone calls I’m off to the studio.

And then this evening will go to the Market Square to watch the Woolly Bunting go up – a year of communal making coming to fruition.

Off to the Market Square again to make pompoms. The project has moved on a bit and we are now aiming to make 15 giant ones to create an impact. As part of the whole project we have succeeded in pulling together enough money to clean up Dover’s underpass through to the seafront. It is currently absolutely disgusting – the covering on the ceiling is black and peeling. That is all coming off and with luck work will start in about 8 days time or so. It will be a nice legacy for Dover so fingers crossed the contractor can get it done in time for the torch relay. Amazing what one can do sometimes but let’s not talk too soon.

Went to a meeting yesterday in Leytonstone and met some of the organisers and other artists in the Leytonstone Arts Trail – am showing at Norlington Studios as part of When the Walls Come Down. Any other bloggers out there also involved? 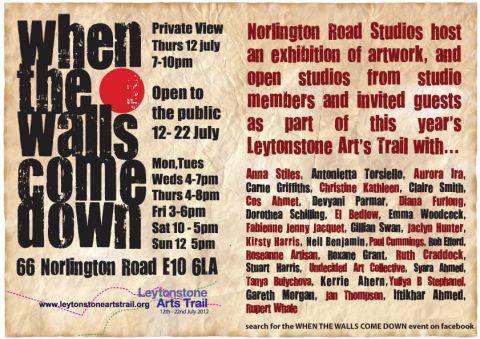