So today I am stuck indoors thanks to a particularly severe flare-up of my RA which means I can’t walk and can only just cope even with loads of the ususal meds. It has been going on for nearly a month and as I was feeling better yesterday, I decided to do a load of walking for which I am now paying! Actually, I went to meet fellow blogger Jane Ponsford at the station and we went on up to Joanna’s for a meeting to see how she might incorporate a visit to Dover in her forthcoming research project. It was a great meeting and I’m looking forward to seeing the project get off the ground.

I finally got round to reading some grant information for capital spending, hoping that there might be an opportunity to purchase premises and put the studio on a more secure footing. Had a meeting with fellow studio holder and musician who is also interested in pursuing a capital project at some point but we decided that the terms of the grant were just not conducive to what we actually want to do. It’s all about providing business support, delivering growth and getting bigger, employing more people and moving to bigger premises. None of that appeals and I’m sure there are lots of other small, micro even, creative businesses (i.e. one or two-person companies/operations) who want to stay that way and who having found wonderful premises in which to work would not want to grow and move out just because that is conventionally seen as an intrinsically good thing for a business to do. There are ways of expanding activity through cooperation and join working, surely, that do not involve growing the company in the conventional way.

Rant over. Actually in some ways I am quite relieved as the thought of running premises is quite daunting.

I thought I’d just post this image of the trees in the local park – if I can’t get out physically, at least I can in my head. 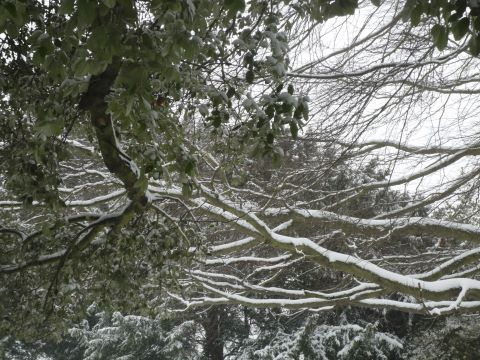 Besides the desktop drudgery, I have been having fun up at the London Art Fair with Joanna Jones where DAD has a presence, by invitation, as part of ALISN’s SUBLET project http://www.alisn.org/SUBLET-London-Art-Fair.

The stated aim of SUBLET was to “critically examine the role of the art fair as an exclusive market place. With the help of London Art Fair, ALISN will subvert the traditional booth, by subletting one to a cross section of important artist-led spaces, most of which would not normally consider showing in this environment.“

We could have represented DAD by showing our own studio-based work but chose instead to present work by some of the photographers we’ve worked with over the years. I have to say that building up relations with other artists has been one of the best things for me about DAD’s work.

Last October I invited one of the artists, Philippe Bazin, to show a moving image piece as part of my exhibition in Dover Museum. The other photographers are Pierre-Yves Brest, Goetz Diergarten, Nigel Green, Matthias Koch, Laura Padgett.

Last day of the fair today – I was going to be out and about visiting friends but the amount of snow meant I went for a walk with dog and husband in the local park instead.

Think this is finished.

Am stuck behind the computer doing translation work and will be until mid-Feb, but am still getting some time in the studio and will be at the London art Fair with DAD nextweek. 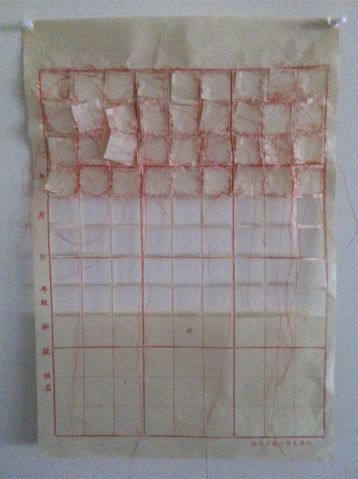 Back in the studio today after a longish break. In part due to the festive season but also because I have been stuck behind the computer doing hours and hours of boring stuff. The only thing that keeps me going is the prospect of being able to pay off some of the mortgage as a result!

I am mulling over a nw research topic in my mind and wondering whether I have it in me to seriosuly consider doing a PhD.

A recent work swap with Joanna means that two of my pieces hang in her house above a work by Laura Padgett and I have a wonderful painting of Joanna’s in my house.