I have just emerged from several days stuck behind the computer doing a huge translation job. It always puts me in a bad mood – as soon as I start I immediately wish I hadn’t, even though I know that some of what I earn can help towards the mortgage. Still, I did manage to sneak some time off to take the dog to the park and also earlier had a lovely evening at Crate space in Margate meeting their two French artists in residence.

It has been an interesting time this summer – working with my mother on the DAD celebration arch which went above the underpass for the Olympic Torch Relay event. Lots of the pom poms got nicked, so we took it down and by invitation transferred it to a corridor in the local library. Not only did it then change in nature from being an outdoor installation to an indoor one, it also became a wall hanging and suddenly needed a whole load more work, which thank goodness my mother took on. One can never just transfer something. Working with my mother brought back some of my best memories of when we used to do batik together.

Lots of art events coming up: Whitstable Biennale opening and Cultural Baton event plust of course the whole Biennale and Satellite programme over the next two weeks. I will be doing a one-day intervention in the Cultural Baton as part of the Satellite on 16 September see http://www.whitstablesatellite.com/ and also my website for details. http://www.studio308ltd.co.uk/News/Entries/2012/8/…

I have been doing quite a bit of work on my website recently and was interested to see how much traffic I get from this blog! Thanks everyone for reading. 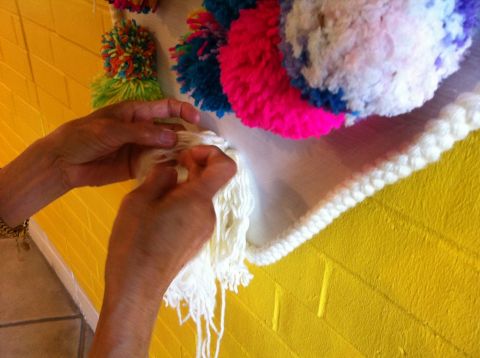 I finally managed to see Tracy Emin’s She Lay Down Deep Beneath the Sea at Turner Contemporary, earlier this week. It’s such a beautiful title for a show apart from anything else. I took my parents with me as they wanted to visit Margate and were curious. While I was parking the car, they helped some elderly – probably same age as them but more infirm – women down the stairs and received a “warning” about what they were about to see!

Once in the gallery I left them to make of it what they would. I personally particularly wondered about the translation into embroidery and tapestry of her drawings; partly because of the gendered associations of that work and also because there was a sense of the gesture being slowed down: just think of the labour involved in hand dying the wool, before you even get to stitch it.

I will be making paper boats for The Voyagers http://www.studio308ltd.co.uk/Projects/Entries/201… in the Kent Cultural Baton on 16 September as part of the Whitstable Satellite http://www.whitstablesatellite.com/#

I have posted the project here on a-n and if you can’t join me in Whitstable or Dover then you can take part from a distance. There is a video of me making the boat here http://www.studio308ltd.co.uk/Projects/Entries/201… aand you can either photograph it when you’ve done it or send it to me by post. Please contact me if you’d like to do that [email protected] 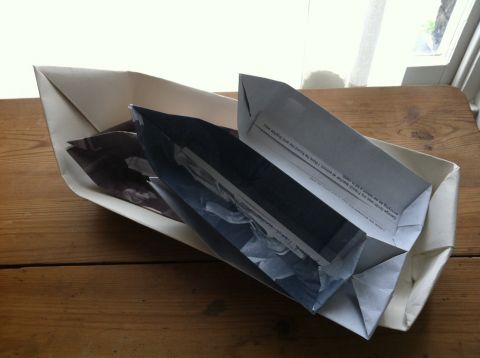 Well the day started with me getting to the doctor’s late for my blood test without the appropriate papers; so had to rush home and get them with the result that my veins decided to be very generous with blood for a change. Maybe that is what I need to do for every blood test – rush around first. Check up with the oncologist coming up soon, hence the focus on medical matters.

I have just finished two small paintings on wooden panels – first paintings in years, though they are extended drawings really. 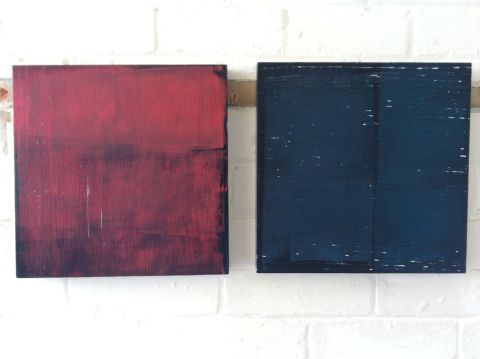 Had a lovely day on the LV21 Lightship on Gillingham pier making paper boats with visitors. Mostly people I know and haven’t seen for ages so it was a day of conversation and making.

i was listening to Radio 4 on the way back, writers talking about what questions they hated/liked and how to answer them. One writer said that what he most wanted people to ask were questions triggered by what he’d written but not about the book or writing it per se, e.g. what political views he had and how that linked to his work. I think this applies to visual art too – the conversations that arise in response can be so exciting, moving, inspiring, thought-provoking. 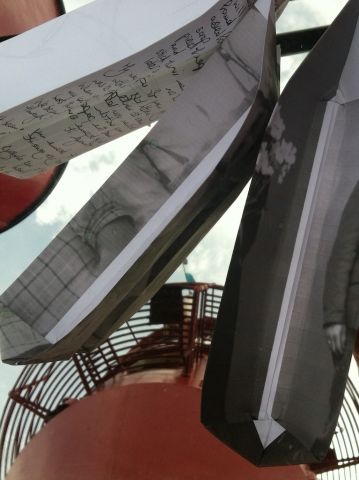