I’ve had some great feedback on my interview with Gary Shipley.

Wishing everyone a happy creative Easter!

I was in the studio again yesterday and with the sun streaming in through the windows it did not feel cold, though I was wrapped up warm.

I went to the Artists in Conversation event at The Drawing Room in the evening http://drawingroom.org.uk/events/biennial-in-conve… and had a look at the Drawing: Sculpture exhibition at the same time http://drawingroom.org.uk/exhibitions/drawing-sculpture. I enjoyed it: much of what was said was what I know through my own practice – drawing as betweenness, improvisation, meditative, time consuming, a way of avoiding doing something else, a proposition ….

Interesting to me in particular was David Batchelors introduction which I caught the end of as I was late (blame the Satnav). Anyhow he was talking of drawing as desegno being historically the “serious, intellectual” aspect of drawing done by men and frivolous, colouring-in as being practised by women. This linked nicely to Tania Kovat’s description of some aspects of her work as “copying” – Retracing what is already there, noticing it and bringing it to light. As Joanna said this morning, this notion of working and valuing what is there relates very much to the way that we work within DAD (www.dadonline.eu) and to our relationship to Dover and its existing assets. Is this a particularly female way of working? Or not? Does it matter? How is this valued compared to huge infrastructure projects aimed at changing everything and making it better (supposedly)?

So it was interesting in this context to see Batchelor’s “coloured-in” drawings (crossing the “gender barrier”) and Tania Kovat’s woodgrain drawings which retrace/redraw the ringlines of the tree (staying in it). Anyhow, I will soon get in a muddle if I put everything under the gender magnifying glass as it is incredibly and unedifyingly reductionist if taken too far. 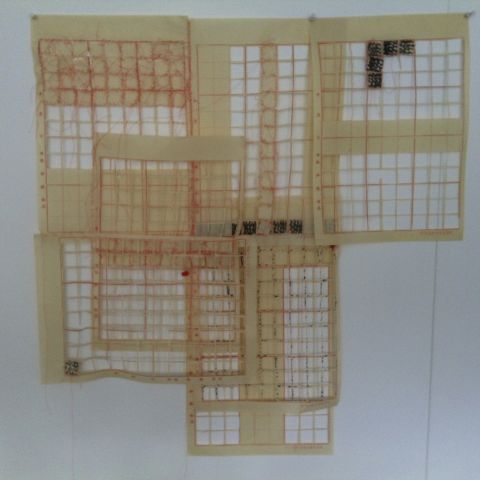 It is freezing. Too cold to work in the studio so I am trying to get to grips with imovie for basic video editing. It seems to do the trick mostly.

I’ve been trying to get up to speed with what is going on in schools and what they want from arts workshops so joined in on a bespoke training day at Turner Contemporary for Dover District schools. There was a detailed presentation of the Artsmark criteria they need to meet and a chance to see how Turner Contemporary uses their “Object Dialogue Box” to stimulate dialogue and boost confidence in talking about works of art.

DAD has delivered 9 out of 10 workshops to schools in the past 2 weeks. General feedback has been good, but one school was disappointed by the lack of “product” at the end. As artists we are so used to the value of process and open-ended outcomes that it is easy to forget to have this conversation in advance with teachers who might be expecting a certain kind of product. 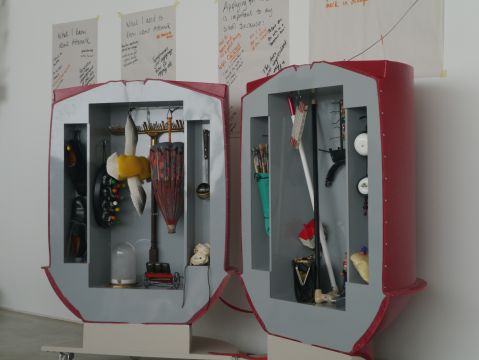 I have updated my website www.studio308ltd.co.uk using new software (Sandvox) so it took me a little while to get the hang of it, but I am quite pleased with the result.

An interview I did at the end of last year has now been published at http://scriptjr.nl/interviews/clare-smith-interview#.UUbRAaUz2xp

My husband said he just about understood it though my father confessed to being baffled …. Feedback from fellow artists has been good however! Would be good to hear from fellow a-n bloggers too.

I responded to a request for a video of the first 30 minutes of a drawing the other day and as I had no camera did it with my phone. I also had no suitable tripod … This is an abbreviated version of the result.

Brush and ink drawing in the studio