Went up to Liverpool to see the John Moores painting prize yesterday. I travelled up with my sister, who has been visiting from Australia and was doing her usual mad dash around the UK to see her many friends; one of whom flew over to Liverpool from the Isle of Man specially.

Having embarked on painting again recently, it was a timely visit. An extra incentive to make the journey to Liverpool was that Nathan Eastwood, who was in my cohort at UCA when I started as a part-time student, had a piece in the show. He is interested in social realism and the piece was one of the few overtly political paintings on show. 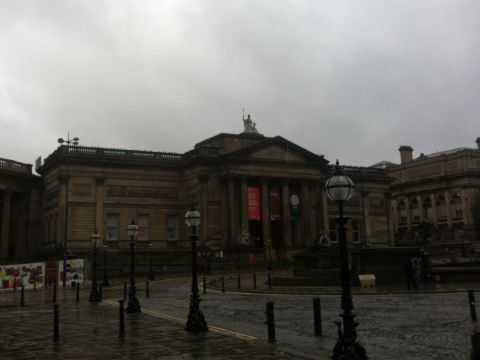 Fellow a-n blogger Franny Swann invited me to give a talk to the Sevenoaks Visual Artists forum last Thursday, along with fellow artist and DAD co-director Joanna Jones. There was a great buzz in the room and lots of positive energy. We had meant to get a conversation going but time ran out. We decided not to do a talk using slides and projector, opting to show some real pieces of work instead. Duncan Brannan asked us whether DAD has an influence on our respective studio practices, which was hard to answer straight away but there is definitely something going on there: at the very least it’s about the conversations we have and our overlapping concerns that are reflected very differently in our work, one of which we touched on briefly – namely gesture. 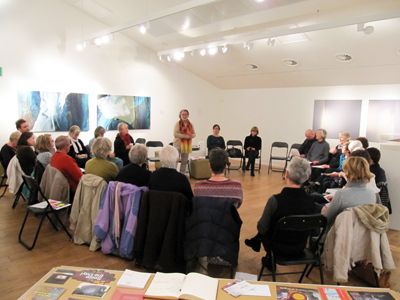