3 posts in 3 days… what can I say? I’ve had a thoughtful week and everyone else in the house is obsessed with football, and I have to avoid it somehow.

Having been brought up as a Catholic, and having sent my children to Catholic schools (one of which I now work in), it seems that whatever my views on God end up as (generally they fluctuate between comforting belief and raging atheism); whatever my views on the Catholic church are (this is not the forum for THAT discussion); that upbringing and life has had an effect on me. It occasionally blurts out unexpectedly into my work. I talk of the confessional here and there, rules, morals, and parental responsibility…blah….blah….Anyway…

I don’t know if non-Catholics do this, but if there is some duty you do that you hate, or is painful in some way, it is said that one can ease that burden by offering it up to God.

I have decided to ease myself of burden by offering the non-art bits of my life to Art. Heresy? Probably. But it’s ok, I’m currently in my Atheist Cycle. 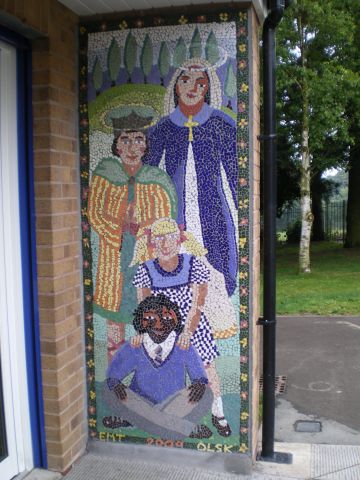 Music for winding down and pondering on a Sunday afternoon…

Elbow: The Loneliness of a Tower Crane Driver

Villagers: I Saw the Dead

Nick Drake: Man in a Shed

I Am Kloot: Proof

I don’t usually do pick’n’mix, I’m a bit of an album purist, but I’m in a particular mood, that requires a particular selection.

If you’ve not heard them, go and find them and have a listen.

I do not apologise for being heavy on the Elbow. Ever. God Bless Guy Garvey’s pen and voice.

I did an artists talk thingy this morning. I’ve only ever done that sort of thing to my fellow students before, so it was a bit daunting. I wasn’t the only speaker, there were 4 of us, from 3 different educational settings talking to a group of Artist Teacher Scheme students, and some MA Art Practice and Education students. It was interesting to hear the talks, and catch up with people, but as is often the case with these occasions, some of the most interesting exchanges happen in the pauses. Thanks to Stacey, Sue, Sheri and Gill particularly, I’ve come away from that building inspired again, and with a big fat smile on my face!

I talked about myself for about 25 minutes, without looking much at my notes, then at the end was cross with myself because I hadn’t said some of the things I felt were important. However, I think it went down well, people seemed to like my work, and what I said about education, but I was disappointed as to me it didn’t seem as coherent as I had intended. But never mind. I swapped email addresses with people, and cards, and had a great half hour in Starbucks afterwards, chatting with two of the other speakers about Art, Schools, Work, Children, and the backwards step of carpetting classrooms. 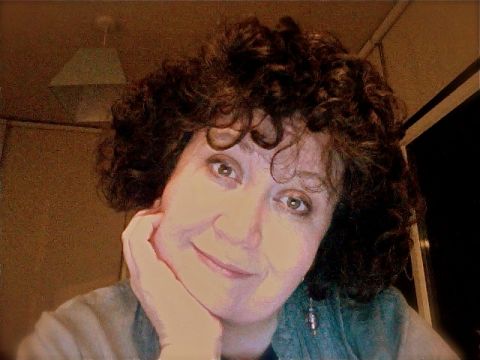 Went to New Art Gallery Walsall a few weeks ago. (I did blog about it) and saw everything, twice, but didn’t watch Zarina Bhimji’s Yellow Patch. I had a bit of a headache and didn’t want to sit in the dark with loud music for half an hour. These things happen.

Of course, as luck would have it, at my tutorial I played my new bit of sound messing about and my tutor asked if I’d seen it “I’m going this weekend” I lied. It turned out not to be a lie, because I did. Have you seen it?

To be honest I was completely stunned by it. Blown away. Gobsmacked. Inspired. So much so, I spent all Sunday with my headphones on, re-recording and remixing all my bits and pieces of sound. Yellow Patch is visually stunning – still, calm, like postcards in a way. Crowded with people who aren’t there. But the sound astonished me in its complexity… or do I mean simplicity? Sometimes the sounds were layered on top of each other, providing rich texture. Sometimes it was silent, and sometimes a single shot of sound sat alone, waiting to be absorbed, then the layering started again. It was like patchwork, plain pieces, texture, little bits, big bits, in your face bits that are far too brash, and small bits of sheer audio pleasure, and delicately embroidered bits that just sang.

I think this work has affected me more than anything I’ve seen in the last couple of years… and I’m sure will have a lasting affect on the way I conduct myself when putting sound together.

I’ve seen it twice more since Saturday, and I might go again at the weekend, to try to commit it to memory.

It’s also showing at the Whitechapel Gallery if you’re in the capital and aren’t lucky enough to have access to Walsall.

Jo Farnell wrote on her blog “show your working out”…..

Recently someone told me that to be considered for an exhibition an artist should have at least eight serious pieces/ projects. So this is my personal goal right now. I’m aiming to build up a strong portfolio of work that I don’t hate that will feature on my own website.

This prompted a small exchange of comments between us and Sophie Cullinan. EIGHT! “what an enormous number!” said I, “what a friendly number!” said Sophie… or similar…

7. Lullaby Half a new song…