I have been away from the blog and the studio for two weeks. I’ve moved house. This has been more exhausting than I had imagined: physically my joints are shot; mentally I have had days when I couldn’t string a sentence together. It’s also, naturally, been emotional… 38 years in one house is a lot to move away from, but it was the right time.

This weekend though, I’m starting to emerge from it all. Most of the boxes are now unpacked. Normal life is able to function, all spaces habitable if a bit higgledy piggledy. So now I’m thinking that a day in the studio might be just the thing.

I have much to do, but I need to be in the studio in order to make the studio lists. In the house I seem only capable of making house lists.

I need to get back to Drawing Songs. The planned Christmas/new year break was elongated by the house move, but there’s not much gone awry in terms of the project as a whole. In fact, it’s all going pretty well.

I think the biggest thing in my head is to start singing. I don’t mean in the car or the shower… I mean proper warmed-up, concentrated, in front of a mic singing. Because only then do I do it properly. It’s been nearly a year since the last gig, and I’ve hardly sung at all. I was just starting to get the hang of it too! I need to be studio-fit when we get the nod from the government that it is safe to do so.

I’ve also got a couple of exhibitions to think about. One that will hopefully be real, in Birmingham, and one online that will hopefully contain some musical aspects. I’m particularly looking forward to that, as it will be the first time I have done this for an exhibition that isn’t self-generated. I’m keen to know how it works, and how it will be received by a wider audience… I’ll let you know when that happens! 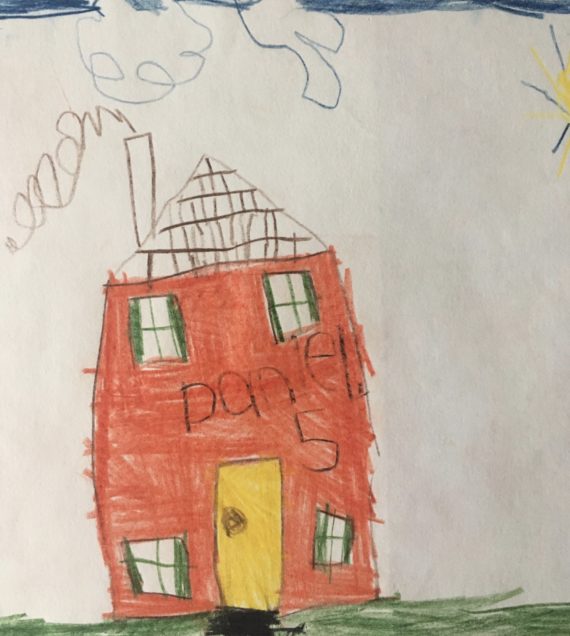 What follows is a transcript of the previous, handwritten post:

How do I see drawing?

What is its purpose for me?

A long time ago a drawing was something done on paper with a pencil. Its purpose was to record an observation or an imagination. Onlookers would be able to identify its lines – a house – a tree – a person – which particular person perhaps. It might also have been a plan or a design or a map. It might be the outline of something to be coloured in later with crayon or paint.These purposes remain, but now my drawings are extra to this. They are both more, and less.

My drawings grew from a different need. They grew from the need to dig deeper, to explore a feeling. These feelings gathered around an illness and radiated out to touch other elements of my life and to connect and hold them together. I had been stitching for decades, connecting things, people, ideas, with garments and words. Then I stopped. I ground to a halt slowly and gradually, morphing into something else.Because of an illness I needed to physically change the scale of my work top make it transportable and to make it easy to pick up for five minutes. It needed to be pared down… to a small sketch pad and a pen. The writing and drawing inhabited the same page. The writing sometimes strayed from the lines and the drawings sometimes peppered the lines of writing where there was a job to be done. I began to realise that the stitched works showing my thoughts, illustrating them for my audience. At this point I wanted more. The stitched pieces and the beginnings of poetry and songwriting needed to do more than illustrate, for me, and perhaps also for my audience. This was not a sudden thing. It was slow, insidious, careful and sneaky.

As the illness waned, the drawings expanded and started to leak out from the sketchbooks onto larger paper (in the studio). What started to emerge from my fingers were unrecognisable forms and lines. This was not a design to be coloured in. This was no map. These were not observations… although they held familiar textures and lines of an organic nature. Fifty years of observational drawing had shown itself and those tools and skills were being called upon.

What I found was this: the illustrative quality of previous work talked of touch, between people, often children. It had emotion and a poignancy but was often also sinister and macabre. Now I found that I was using my materials as a metaphor for these relationships. My pencils reacted to the paper. The colours reacted to each other, pigments merging and rejecting. I found the box of old ink pensant nibs and discovered the scratchy nature of these old men and women on rough watercolour paper gave me something new. A different touch was being felt as I stroked gently and scratched jarringly across the paper. I could enact these relationships instead of portraying and showing an illustration of them to other people. I drew as I breathed, as I sang, as I listened, as I ate and drank. I also drew as I wrote. Some of the words that entered my thoughts ended up on the paper. Sometimes these words were already in songs being sung. Sometimes they became songs afterwards. This all-absorbing expression of the people and the emotionI felt was being performed across the paper stretched out on the table in front of me.

I draw constantly, but not all of the drawings are satisfactory in terms of how they “work” for me. Most consist of repetitive lines, meditations, a sort of seeking and exploration. They might be a map, but I don’t know where to.

I can’t always tell where the line is between drawing, writing, song, and performance. At the moment I suppose I see a line/lines between them because they still have those separate words to describe them. But this (hand) writing also feels like a drawing of my current state of mind and I use the same pen to draw these words out across the pages. The writing has sound and rhythm and the words have meaning that others can understand, so they are also songs. The songs I write describe more than a drawing with paper and pencil. They flesh out the relationships I observe and participate in. A voice in song conveys emotion through all of those sounds, all those elements of melody, harmony, rhythm, lyrics, delivery – especially delivery! The line like the pencil or ink line, the sung line does not need to be perfect. In fact it conveys more when it is not. In the same way that as my drawing skills and thinking skills matured, I stopped wanting, or seeing the need for perfect representation. I now see that is not necessary for every single note to be in perfect tune. In performance it can be seen to convey with an immediacy that doesn’t require perfection but a truth of the held emotion.

What I require in the drawing, the writing, the sounds, songs, and the performance is that truth. My truth. I want what I make to be authentically me, mine.

It has now become important that the decisions I make concerning the songs and the singing of them, are mine. Unique… obviously influenced by what I have lived through, just as my drawings on paper reveal those 50 years (or more) of observation.

As I look into the future of my drawing of all types across all those media, I’d like to see them connect more. I’d also like the threads and traces (Tim Ingold, Lines) between them to be less distinct  (or do I mean more distinct? Closer connections, the disciplines less distinct?)

I’m unsure whether these distinctions and in distinctions will be visible/audible/legible to any onlooker/listener/reader… and I’m not sure I care that much.

Drawing Songs, as a distinct project is the beginning of that exploration and endeavour.

They are not a set of songs which accompany a set of drawings.

An experiment in a drawn blog?

It’s a bit cold in the studio today.

(Although I have to say that of all the studios I’ve ever inhabited, this is the cosiest)

I haven’t been here for ages, so it’s chilled to its bones. So first thing, switch on the heater, leave my coat and hat on while I fill the kettle, then do a couple of swift circuits of the gallery while it boils and a little of the chill lifts. The General Office Gallery is being prepared and hung for an open exhibition that may never actually be open. The irony is not lost on us. But the work looks good – wide ranging in all ways as an open exhibition should be – and there is an online posting of work, and I think there will be a video tour when it’s completely done.

Next thing I do is cut a new piece of paper from the roll and soak it to flatten while I busy myself with the domestic and drink the tea. I quite enjoy these moments. The mechanics and arrangements of my room and my thoughts. The preparation and anticipation. I need to be a bit warmer before I start drawing. In the cold winter months, my arthritis spreads to my drawing fingers and they lock, seize up a bit, so they have to be warm, moisturised, and massaged, and wriggled about. Limbering up for the sedentary artist.

Up to now, I’ve had the Drawing Songs recordings all mixed up and playing while I draw, waiting for something to strike me. This morning as I listen, one particular song (incomplete, but the bones are there) lands… a particular line, a chord progression, over which the melody floats and dips. I decide that this will be today’s drawing music. Just this one track, on repeat.

It’s probably a good job I’m the only one in the building, because this would be really irritating for everyone else! I do wear headphones if people are about, but I don’t have bluetooth ones, so movement is a bit limited (flash of inspiration, I have funding, I could actually buy some!) But today I play it loud in the room, on repeat, while I draw.

There’s a sweet spot… a moment of complete stillness when everything just works.  An almost out of body experience where my ears/brain/eyes/hand are connected… and something new emerges from the end of my nib… the ink starts to follow the words and the music seemingly without any interference from me. I know this, because I’m watching from a seat on top of the step ladder.