The legacy of my late father was to stand up for what you believe in – politely, but firmly and with good grace. I was at the Peoples’ Assembly march last Saturday in central London, alongside some 150,000 others. Whether this government takes any notice remains to be seen, but at least they will be aware that people were out on the streets, prepared to voice their opposition to the draconian cuts they continue to impose on the most vulnerable people in our society.

Feelings are running high at one of our local community schools too, which, like so many throughout the UK, is under threat of becoming an academy. Proposed redundancies and job losses amidst teaching and support staff (as well as proposed cuts to specific subjects) are also in the pipeline. It’s too complex to go into thoroughly here, but in short, I am extremely concerned about the impact both academisation and these proposed cuts would bring: yet greater workloads to already overstretched teaching and support staff, the virtual abolishment of employment rights, cuts to creative subjects such as music and drama, to name but a few – and living in an area with a high incidence of vulnerable children, massive cuts to pastoral care is of particular concern to me.

As I wrote in the introduction to my ‘Bread and Roses’ work – wherever you look, it seems that the material and spiritual things we need to sustain us as a society are being stripped away. There’s a lot of anger around and feelings are running high; the Malcolm X quote I’ve included before on this blog springs to mind:

‘Usually when people are sad, they don’t do anything. They just cry over their condition. But when they get angry, they bring about a change.’

‘Bread and Roses’ is work I created to bring about a change of my own – to pick myself up crucially, from the despair I descended into in response to the Tories’ re-election in May 2015. I hadn’t seen it coming and felt completely floored by the result. Getting on with making work felt like a positive way to detract from an overwhelming sense of powerlessness and disillusion. I was also inspired by artist Jean McEwan who, in the aftermath of the election result, put out a UK wide call on social media for people to answer the fundamental question, ‘How Do We Get Through This?’

Jean’s question helped to give me the kickstart I needed in order to get back in the proverbial saddle. It also inspired others to do the same. People’s ideas about how they were going to survive and resist austerity were collated and resulted in a zine, created by Jean. You can find out more about it via this link: http://jeanmcewanartist.bigcartel.com/product/how-do-we-get-through-this and even order a copy of your own to read about the diverse way in which people responded.

‘Bread and Roses’ takes its title from a speech by the American feminist and socialist Rose Schneiderman who declared ‘the worker must have bread, but she must have roses, too.’ As cuts to public services increase, so many people will be forced to go without either, while the very richest in society continue to increase their wealth.

It’s coming up to a year now since the General Election of May, 2015. The decaying condition of both the bread and the roses in the weeks and months since, has acted as a visual reminder of the consequences of neglect.

Eleven months on, here are the most recent images. I’m already wondering if there will be any significant changes between now and May 7th, 2016.

There has been a lot going on.

A common fantasy I have is that once all distractions are out of the way, I’ll finally get to have some precious time in the studio and will be able to focus solely on making art. In reality, of course, life’s not like that and the art gets thought about and made along the way, hand in hand with living.

I can sometimes feel overwhelmed by what life throws at me and just how many things there are to think about.  I find it useful to separate and compartmentalise the various aspects and writing here, on this blog, as I’ve said many times before, helps me separate and park a lot of the thoughts and feelings. It often clears the way for a period of calm and focus and is another example of the benefits and the reflective quality of blog writing – how useful it is to have this space to contain so many of the thoughts buzzing around my brain.

Containment and being contained has been at the forefront of my thoughts recently, largely triggered by the recent studio move, which meant seeing my work en masse for the first time in ages. I was struck by the number of cages I’d used and how big a part themes around restriction and restraint play in the work I have produced so far. 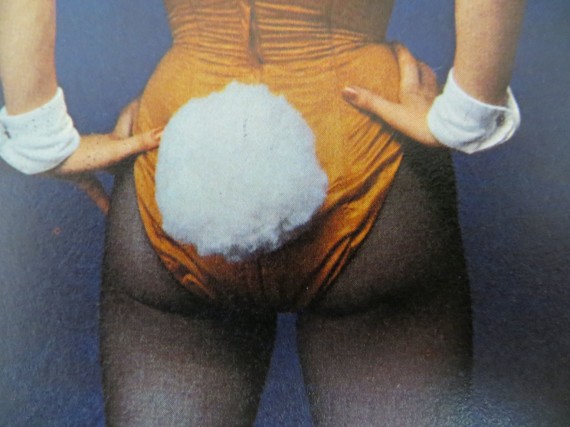 Attending a symposium at the APT Gallery in Deptford last Thursday evening reminded me of this all over again. The discussion was based around many of the works on display in the exhibition, Both Ends of Madness. The show, curated by Angus Pryor, looks at the effect of well being on contemporary visual arts practice and the symposium gave the audience insight into the lives of some of the exhibiting artists. Conversations moved quickly, but my familiarity with the work of psychoanalyst Wilfred Bion and particularly his work around the theme of containment, meant that I was inspired and came away with much food for thought.

Thoughts around containment crop up a lot in my work, and specifically in relation to the many ready made objects with which I work – how much the actual objects themselves contain, through acting as receptacles of collective emotions – specifically those rescued from my Nana’s house, in terms of the stories and narratives associated with and attached to them.

There are many other important issues I feel I would like to write in terms of what’s been going on since I last posted here, but for now, at the start of a new working week, my main aim is to locate the objects I need in order to create my next body of work. I’m extremely grateful for the professional development bursary received from a-n which will allow me to take a completely new path in my practice, to have the freedom to experiment and not least, the financial support to pay an expert to help me realise my plan.

More on that soon, as things progress …