Despite a recent decision to let blog writing take a bit of a back seat, I feel compelled to record details of two exhibitions I managed to see on a recent fleeting visit to Cambridge, both of which left a lasting impression. The first was the ‘Nasty Women’ exhibition in which I had work included.

Nasty Women is a global art movement, originating in the USA, serving to:

‘ …demonstrate solidarity among artists who identify with being a Nasty Woman in the face of threats to roll back women’s rights, individual rights and abortion rights.’

When an opportunity came up to take part in a ‘Nasty Women’ exhibition in Cambridge, my home town, it seemed highly appropriate. Cambridge is the place where I grew up as a young woman in the 1970s – where I socialised and where I was educated. It’s also a place where I first became politically active, particularly in the Women’s Movement. I have vivid memories of boarding a train from Cambridge to London, alongside dozens of other women, to protest against MP John Corrie’s restrictive Bill against abortion. The Corrie bill, as it became known, wanted to reduce the time limit drastically, and restrict the grounds of how a woman could procure an abortion. It’s incredible to think that my recent return to Cambridge essentially involved protecting the same rights for women, as I did in 1979!

I was particularly drawn to the work of artist Lisa O’Donnell, photographed below, when I visited ArtSpace in Cambridge.  This work highlights the 8th Amendment, which refers to the constitutional ban on abortion in Ireland. This particular piece of work (‘Repeal the 8th Amendment’) according to a comment left on the ‘Nasty Women Cambridge’ Facebook page by a friend of the artist ‘…is telling the story of Ann Lovett, an Irish girl who died in her school uniform giving birth to a baby at a grotto in Ireland in 1984.’ 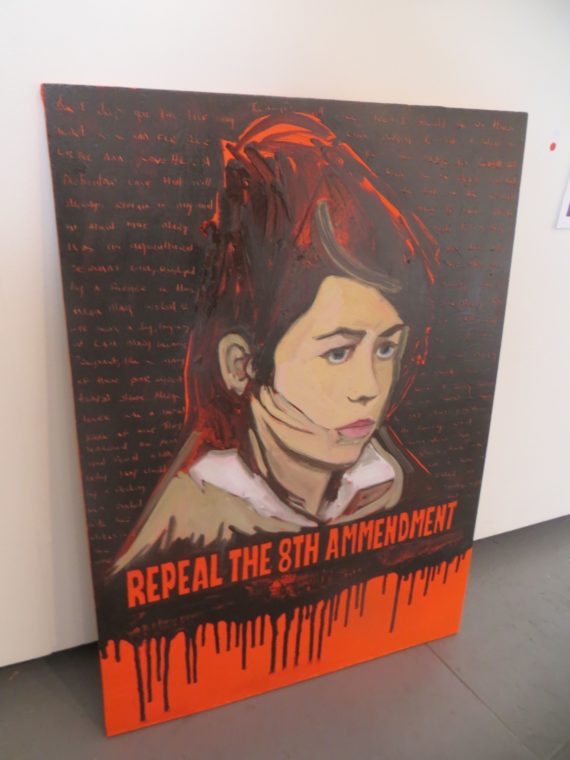 I was delighted to manage to also see Issam Kourbaj’s exhibition, ‘LOST.’ It is an extraordinary body of work – poignant and moving – and set in the amazing environment of the Museum of Classical Archaeology. 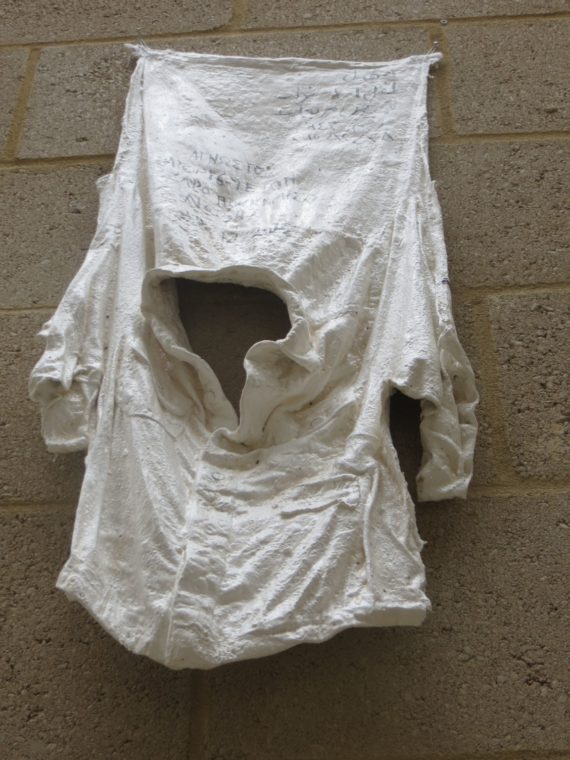 The exhibition continues until June 9th