The quote below by psychoanalyst, Hanna Segal is taken from her interview with journalist John Henley, published in ‘The Guardian’ in September 2008:

‘But the important thing is to keep a little fire burning; however small, however hidden. I find this extraordinarily helpful: we live in a mad world, but for those of us who believe in some human values, it is terribly important that we just keep this little fire burning. It is about trusting your judgement, and the power of love. A little trust, and a little care.’

The word ‘surprise’ has been used a lot in the media this past week in connection with Donald Trump becoming president elect. Just as in the UK’s General Election result, the information and predictions fed to us in the lead up to the USA presidential election seem to contradict the final outcome. I didn’t expect Trump to win on Tuesday, any more than I expected the Tories to be re-elected in 2015. 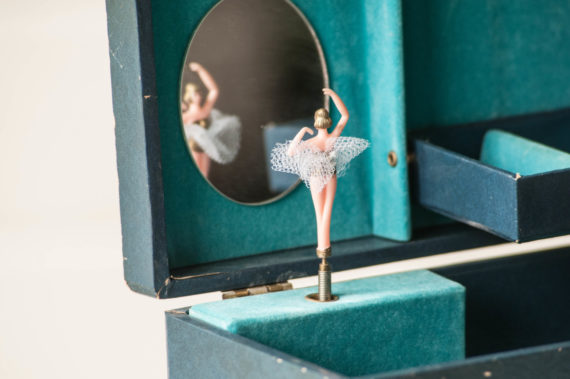 It’s very much a head in the sand response, but the plinkety plonk sounds and the pretty, twinkly dancing girls of the music boxes in the meantime, are providing a welcome relief from being fixated on world politics. More future updates to come as the film making and editing for the “I Always Wanted To Be …’ short film continues.