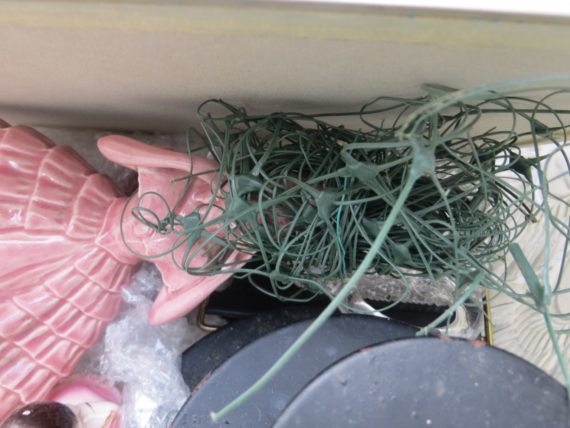 I was amazed to learn from a recent Facebook notification that it’s been two years since I made the big studio move – invested in over 100 good solid boxes with lids, hired a van and transported a huge mass of my collections to my friend’s garage. How time flies!

It was after the fiasco of mislaying ‘Bad Head Day’ (a piece of work selected for the Shape Open 2016) that I went through every single box (all 110+) and labelled & listed, as far as possible, what was inside each one of them. It meant having a pretty comprehensive list of the contents of each box and a detailed plan of where each box is situated.

But it was by no means an exhaustive list – moving such a huge bulk of stuff was a mammoth task and the thorough sifting and sorting of the boxes’ contents, lengthy and time consuming. Life has got in the way since then and finding the time to do any further, advanced sorting and labelling has been impossible; I fantasise about having a completely uninterrupted couple of months in which to do it. My main aim is to catalogue every single item in each of the boxes, so that in the future, I’ll have easy access to any given object I might need, at any given point. 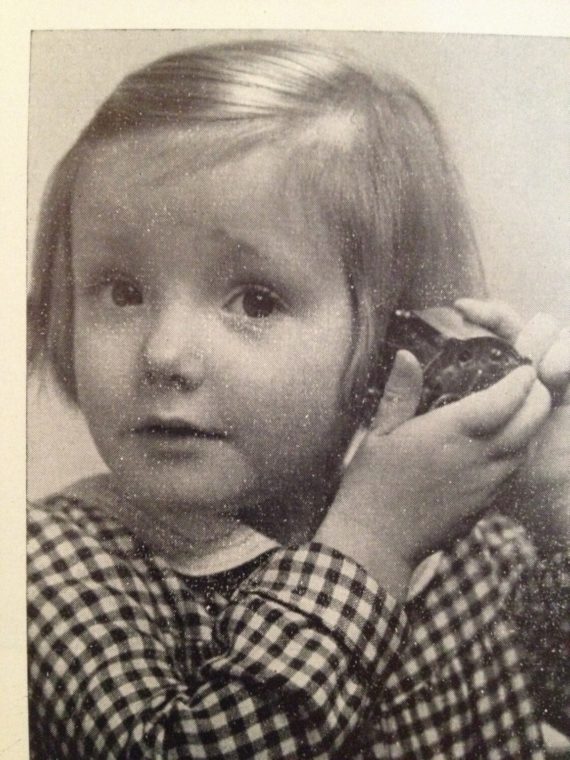 This past week, I’ve been searching for a small assemblage piece, composed of broken hearing aids – not catalogued. It will be somewhere, I know – I’ve seen it recently while searching for other bits and pieces – but it just proves the importance of maintaining an effective cataloguing system. It’s frustrating not to be able to locate things when you need them and it all plays into my guilt about holding onto to way too much stuff – making me feel that the bulk of materials I own is unmanageable, needs thinning out – and so on, and so on! – that perpetual cycle of doubt for many collectors, I’d imagine – the amount of stuff versus the amount of space to store it.

It was the editing of the short film – particularly the sound editing – that prompted me to recall past work I’ve made around the theme of deafness – the related objects and images I’ve continued to collect, also.

I’ll find the work eventually, but it’s clear I’ve still got some way to go with the cataloguing. I love this part of the process – gathering together and connecting various objects and found images amid the huge mass of stuff I’ve collected over many years – it is, after all, how my work gets made.

I’m just willing the weather to get warmer now, so that the hunting and gathering, both  in the garage and the studio, can be an even more pleasant experience.

A few weeks have passed now since completing the making of ‘I Always Wanted To Be …’ I became totally engrossed in the film making process and it’s taken me a while to stop feeling completely consumed with thoughts of ballerinas and dance. 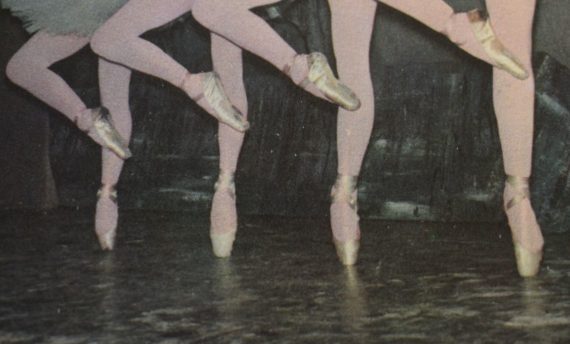 I’m still not sure what to do with the film or how best to show it to an audience, but I don’t feel under any particular pressure to get it ‘out there’ just yet. Bearing in mind that film making was a completely new experience for me and I’ve had (and still have) a lot to digest and process, the timing for making it public feels important. So, it’s parked for now, waiting for when it feels right to launch it.

In the meantime, as so often happens, working on one thing has led to another; I’ve been thinking a lot about sound and levels of hearing – specifically, my own and the struggle I sometimes had with hearing in the final editing process – especially the sound edit. I’ve been thinking about how much my deafness might have impacted on my decision making and general directing of the film. Thoughts around this, in turn, led me to seek out a file that I knew I had stored away somewhere.

The file is marked simply ‘DEAF’ and in it are various cuttings and images that I’ve collected over the years, relating to deafness, hearing, sign language, communication, etc. It’s fascinating to see how the images relate to each other, however arbitrarily. I also came across a plastic model of the interior of an ear – it’s always exciting to unearth these forgotten ‘treasures.’ Whether or not something comes out of this recent refind remains to be seen, but my focus in the studio today has been on sorting and laying out the raw materials I already have to hand.