‘Keep faith in love, friendship and democracy & never surrender your human light to the darkness of demagogues.’

The above quote was taken from a new year’s tweet by the late Harry Leslie Smith, an activist for the poor and for the preservation of social democracy. I ended my New Year post in 2017 with this quote: two years on, it feels as pertinent as ever. I’m copying it and sticking it on my fridge door in the hope that seeing it enough will help keep me focused and perhaps, more optimistic about the future of a world that currently feels so fragile & fragmented.

My late father was always interested in what was going on in the world around him. I think of him more frequently during times of social & historical importance. What would he have made of Brexit and the latest General Election result? Of Dennis Skinner losing his parliamentary seat for the first time since 1970?

And my Dad being Scottish, my thoughts are also very much with him at this time of year. A new year beckons and I feel the need to start looking forward and not back – however hard being optimistic feels in the current political climate, both close to home and universally.

But that doesn’t mean denying a past – one that’s held me in good stead and one for which I’m grateful; the legacy of kind, loving parents can ever be underestimated, I believe.

The photo below is from a series of work created around my memories of my Dad: ‘The Ties that Bind Us …’ I’m hoping to build on more work around my father in the coming year – celebrating the kind & unassuming manner of a sweet, gentle soul. The world could do with more like him, especially in these uncertain, troubled times. 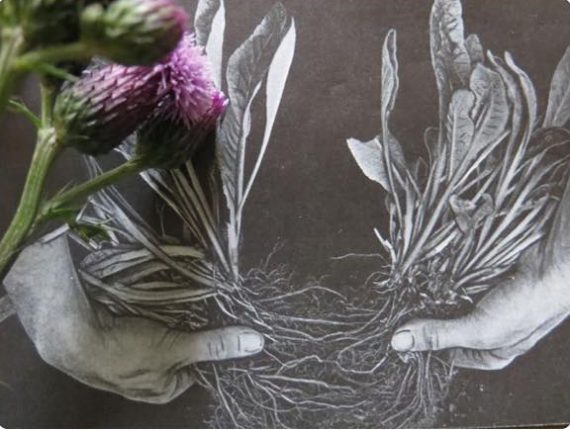