The Flower Seller of Aleppo, courtesy of Channel 4 news.

Things sometimes get lost, so I’m posting this remarkable piece of footage here, keeping it safe. It’s highly pertinent to the theme of a show, still in its early stages of development, which I’m delighted to be asked to be a part of.  More information about that as it unfolds, but here’s a piece of incredibly moving documentation about Abu Ward, a flower seller in Aleppo, Syria who against all odds, fought to preserve beauty in a world of utter desolation.

A new body of work and the documenting of it has taken up my time and moved my focus away from this blog, to another. I have been busy documenting the process of working with film maker, Henrietta Thomas to make a short film, based around my collection of vintage music boxes. I started a separate blog, ‘Keeping It Moving’ for this purpose. The working title of the short film is ‘I Always Wanted To Be …’  and refers to the common fantasy of so many young girls, growing up in 1960s Britain – wanting in this case, to be a ballerina.

This new piece of collaborative work, still in progress, has been made possible by the generous financial support of a-n the Artist Information Company. I’m really grateful for this opportunity. giving me the chance to focus on a body of work that’s been on my mind for some 5 or 6 years. I have no idea what the final outcome will be, but I’ve been enjoying the journey immensely so far. You can follow what Henrietta and I have been up to so far on my ‘Keeping It Moving’ blog here:

I’ve also had a brilliantly creative time working with photographer, John McCormick for short bursts of time over the past couple of weeks. Having the music boxes around in the studio for the filming of  ‘I Always Wanted To Be…’  seemed like a perfect opportunity to work with John to get some good shots of both the exterior and interiors of the boxes – and of course, the individual clockwork ballerinas who move to the various melodies. 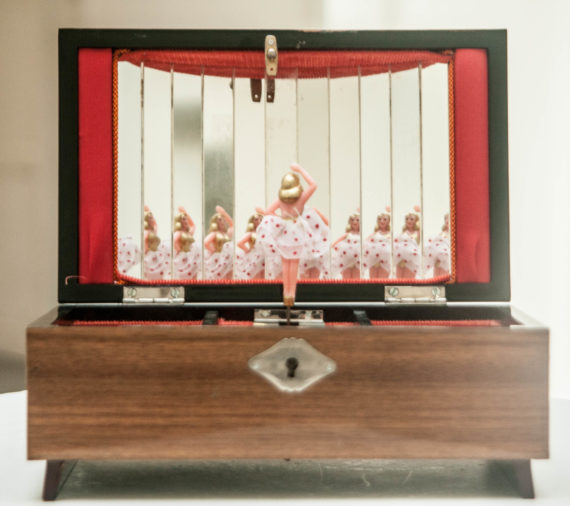 ‘Bread and Roses’ in the meantime, continues to dry out nicely following its recent unexpected rain soaking. More signs of decay are evident and the bread has all but disappeared.  The roses are just about recognisable still, but grow more brittle and delicate looking by the day. It’s now 16 months since the General Election (May 2015), the point at which the fresh bread and roses were first laid out on the wooden platter.

Here are some photos I took today … 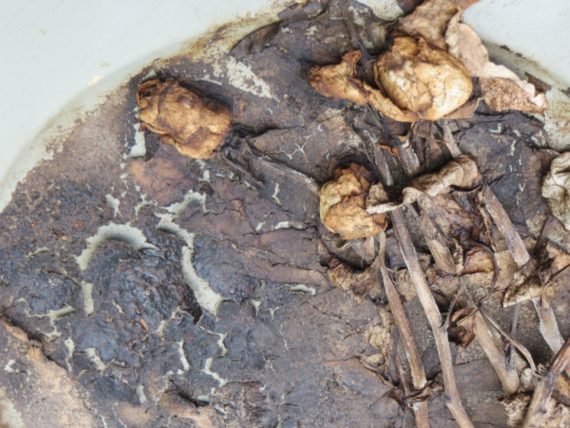 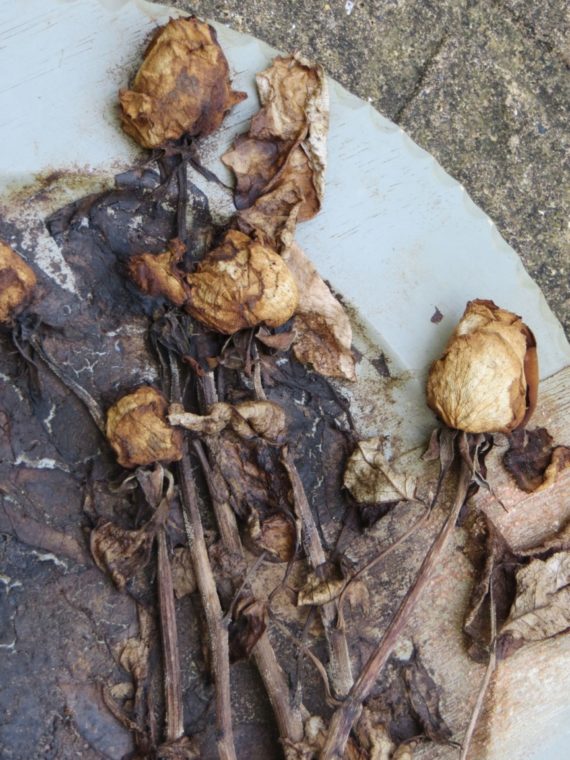 ‘Bread and Roses’ has dried out considerably since becoming saturated with rain water some weeks ago. Continuing scrutiny, austerity measures and draconian cuts within the welfare system means that many people – namely, the poorest and most vulnerable – continue to be deprived of the basic necessities of life.

American socialist and feminist, Rose Schneiderman made the statement:  ‘the worker must have bread, but she must have roses, too.’ It was these words that inspired me to create ‘Bread and Roses.’ Schneiderman was credited with coining the phrase in relation to her concern about worker’s rights and what she believed was their entitlement to something higher than subsistence living. Despite her statement going way back in history, it’s as pertinent today in relation to what’s happening under the current government and is a damning indictment of the way in which a number of UK citizens live their lives, forced in many cases to go without bread, let alone the luxury of roses. 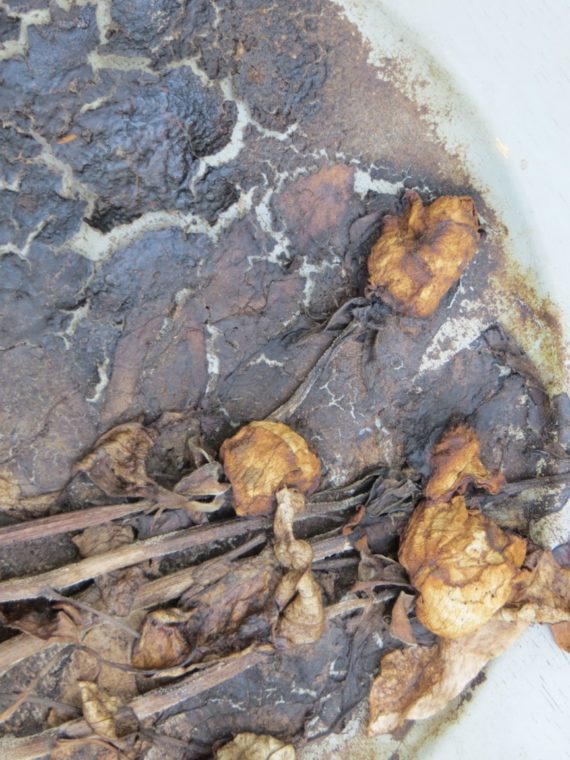 Today I started a new blog here on the a-n website. It’s called ‘Keeping It Moving’ and will document the process of making a short film. I’ll be working with film maker Henrietta Thomas, drawing on her expertise, and hopefully learning some new skills!

The idea for the film is inspired by my collection of vintage music boxes and will focus on the subject of ballet and dance. I will be recording the process in this blog as things unfold – the developing dialogue and creative decision making between Henrietta and myself.

This project is supported by a professional development bursary from a-n The Artist Information Company. I’m very grateful to them for the opportunity.

You can read my first ‘Keeping It Moving’ post here: