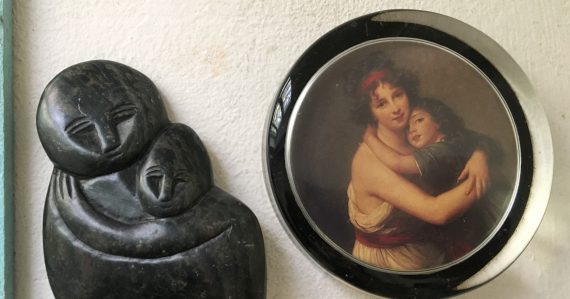 Yesterday was Sylvia Plath’s birthday. I picked up this information from social media somewhere and it played on my mind while in at the studio. Being reminded of Plath at this particular point feels pertinent as I’ve been thinking about motherhood a lot recently, both in personal and universal terms. Plath’s ‘Morning Song‘ poem must surely be one of the most powerful ever written on the very real experience of becoming a new mother. For me, re-reading it is a timely reminder of the massively complex nature of the mother/child union.

It’s now approaching the 7th week since my sons left for their respective university towns and I’m starting to feel the pull of wanting to see them again. It’s momentary and completely unpredictable, but when it comes, the yearning can be powerful and visceral. And of course, it’s all tangled up with the knowledge that both sons have been ready to leave the proverbial nest for some time and I’m keen to respect their wish for independence and autonomy. But that’s not to say that I have to deny how much I miss them at times. 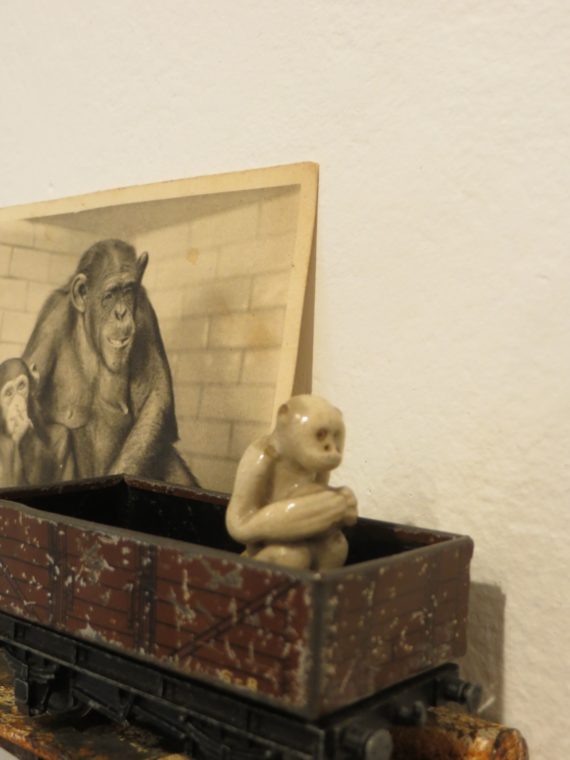 The subconscious is a powerful thing – no surprise then, that the objects and images I’ve gravitated towards in the studio these past few weeks are associated with motherhood. A new body of work, ‘Babes in Arms’ has been developing gradually and as well as assembling objects together, I’ve been making short films on my phone of vintage photos of babies in the arms of adults.

Working with mother themed objects has also arisen in response to a beautiful ‘Mother’ brooch which was left by artist Paula Fenwick Lucas amid the 102 glass objects when she visited the ‘Neither Use Nor Ornament’ (NUNO) exhibition in Oxford in spring of this year. At the point Paula left it, I was getting excited about visiting both my sons, following on from a brief visit to Oxford for the launch of the NUNO exhibition.

Being ill last year significantly affected my role as their Mum: I was in hospital when my sons went to their respective new shared student accommodation and for several months, though I had their addresses on paper, I had no sense of where they were actually living. This year was different and I’m so grateful that I was able to be with them as they settled into their new homes and come away with a picture in mind of where they are.

I’m not sure where this latest work will take me but for now, I’m enjoying the process of making it, consciously slowing down the pace at which I would normally work and doing everything I can to ensure I stay as well as can be.