‘… it didn’t really matter what the human consequences were.’

Neglect is what has impacted on the state of the bread and roses since I laid them out on a wooden platter in the days following the General Election of May 2015.  In the weeks and months that have followed, documenting the decaying condition of Bread and Roses has acted as a visual reminder of the consequences of not caring. 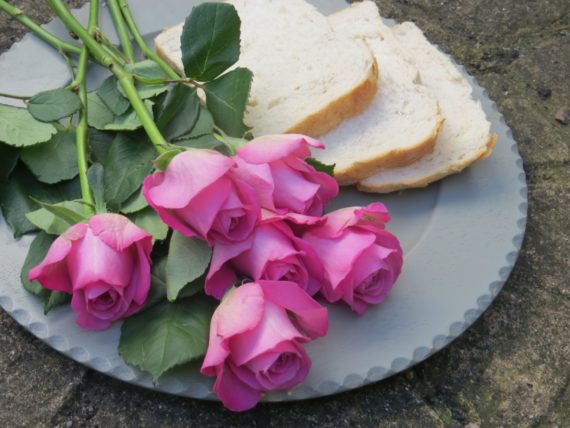 I remembered ‘Bread and Roses’ as a song, sung regularly at the Greenham Common women’s peace camp and then more recently, from the brilliant film ‘Pride.’

‘Bread and Roses’ takes its title from a speech by the American feminist and socialist Rose Schneiderman who declared: ‘the worker must have bread, but she must have roses, too.’

For those affected by the government’s draconian cuts to welfare benefits, many have been forced to go without either. The very richest in society meanwhile, have continued to increase their wealth. 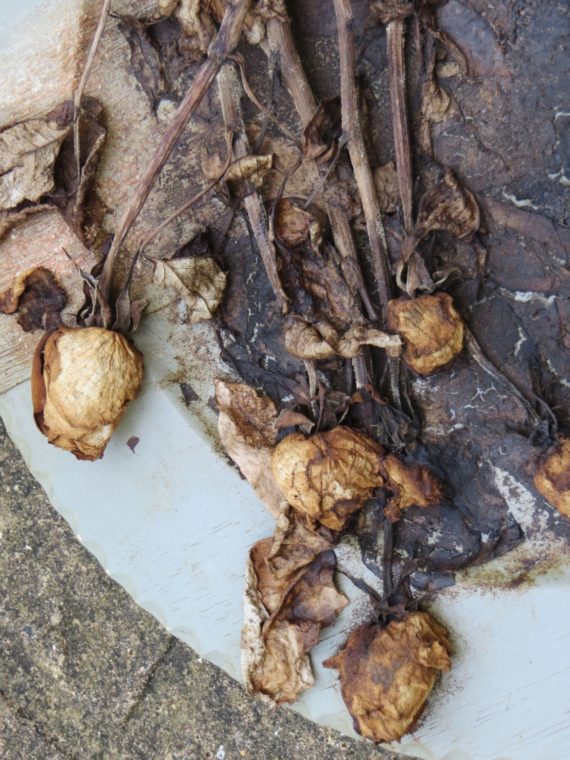 Over the weekend, I read Nick Clegg’s accounts of working alongside David Cameron – and specifically, the chancellor George Osbourne. In a statement quoted in Saturday’s ‘Guardian’ (3.9.16), Clegg claimed that:

‘…welfare for (George) Osbourne was just a bottomless pit of savings, and it didn’t really matter what the human consequences were.’

The human consequences in several cases has proved fatal – desperate and at the end of their tether as their benefits were sanctioned, some people have taken their own lives. I’m reminded of an article I posted on this blog, over the August Bank Holiday last year. It continues to be a damning indictment on what’s been imposed upon the most poor and vulnerable people in our society.

This is a reminder of one woman’s inability to survive, as portrayed by her daughter. Sadly, there are many more like her.

footnote   This link is temperamental. Please go to my post in August 2015 to read the article.