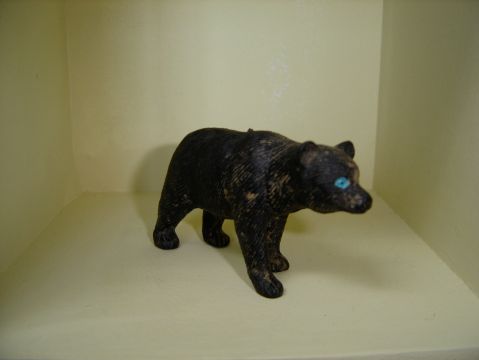 When I was invited by artist Jenny Timmer to take part in a challenge to post 10 pieces of work from my past, I was in no doubt that 10×10 should be the first piece, not least because it feels so timely and relevant to what’s going on in the world around us right now. Created in 2008, 10×10 was created in response to a call for work addressing themes of barter and exchange. I gave up 100 objects which were precious to me, inviting people to take an object and leave something in its place.

2008 was also, of course, the year of a massive global financial crisis. In an introduction to 10×10 I wrote about how, according to the dictionary, ‘In times of monetary crisis, barter often replaces money as the method of exchange’ and how  ‘… though we hadn’t quite reached that point yet, that in the current climate, it might be as well to prepare ourselves.’

That was twelve years ago and we’re very much back at that stage now – facing even greater economic disruption as a result of the global COVID-19 pandemic and just yesterday, a second lockdown announced. The pandemic first time round has already had an adverse effect on our lives with restrictions on travel, cuts to employment and industries and financial markets facing massive disruption, both locally and globally. It looks set to get worse and being immersed in creative work as usual, offers a welcome distraction.

It’s been good to stop and take the time to think about 10×10 again – to dig out the many images of exchanged objects and to be reminded of the numerous stories associated with them. If interested, you can read more about 10×10 on my website here: 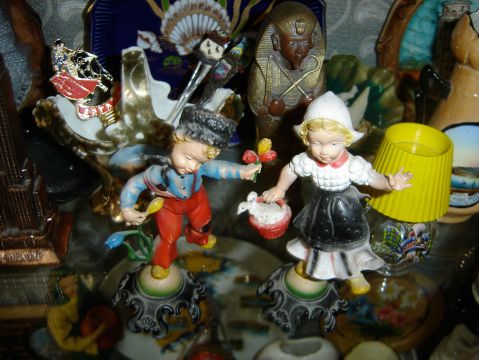 As if all the complications of COVID-19 weren’t enough, Brexit hasn’t gone away!

Thinking about Europe and especially about the freedom my sons have enjoyed over the past few years in their travels to and from various European cities has called to mind another piece of work from my past – ‘I Don’t Suppose I’ll Ever Go There.’ Again, it feels like a timely piece to introduce … inspired by my late grandmother, the title is from a conversation I had with her in 2010, the year in which she died. I wrote this in 2011:

Shortly before her 102nd birthday in 2010, I had a conversation with my Nana about a souvenir that my cousin had brought back from The Seychelles. She looked at it, said how pretty it was, and then added ‘I Don’t Suppose I’ll Ever Go There.’ Considering the furthest she’d ever travelled from her rural Cambridgeshire home was 50 or so miles to London on a couple of occasions, her words were not just surprising but incredibly poignant.

It was as if she (my Nana) realised that life’s opportunities were beginning to close down for her. In today’s climate of redundancy, job losses and increasing living costs, ‘I Don’t Suppose I’ll Ever Go There’ takes on an added poignancy. As share prices crash, retirement funds go down the drain and savings become a thing of the past, so too do the dreams and aspirations for the future and opportunities for travelling the world at large close in.

Though written nine years ago, these sentiments are highly pertinent and relevant to the circumstances in which we find ourselves today.

‘I Don’t Suppose I’ll Ever Go There’ features an assortment of souvenirs, typical of the pieces that were brought into my Nana’s home over the 70 years or so she lived in the same house. They were displayed with pride in a glass-fronted cabinet, representing the various parts of the world her large extended family, neighbours and friends had visited – their memories brought into her home.

I often used to wonder what Nana thought about these objects, mementoes of other people’s joy of travel and holidays. What did they mean to her – these plates from New York, the cream jug from Jersey, the spoon rest from San Francisco? What images did they conjure up for her, a woman who hardly ventured from the small Cambridgeshire village, the place in which she lived the entire 102 years of her life?

Thanks again to artist Jenny Timmer for the invitation to present ten different works from the past. ‘I Don’t Suppose I’ll Ever Go There’ is my second choice, reminding me of my continuing fascination with objects and how central they are to the work I make.