I have spent much of the last few years trying to play down the teaching, in order to boost the awareness of myself as an artist, not just to other people, but to myself. It took me a long long long time to rediscover my art practice, and once I had decided I could call myself an artist, I didn’t feel secure enough with it to call myself anything else until it “bedded in”. I do now. I am an artist first now, I think, a teacher second.

I also have spent a long time trying to figure out how the two things sat together. Did I take my art into my teaching space? (No, not really) Did my teaching affect my artwork? (Yes, but in subtle ways).

I find it interesting though, that the more of an artist I become, the more people find my teaching a thing to ask questions about. I try to teach as an artist now, not be an art teacher. Is that a ridiculously hair-splitting pretentious statement to make? So although I don’t take my art into the art room, the artist is there. My art isn’t always appropriate to take there.

I have considered asking not to be called Mrs Thomas any more, but being Elena. Would this make a difference to me or the children really? It is quite a traditional school in many ways) If I visit other schools, I am called Elena. I have considered putting a sign over the door that says studio. (I share the space, half the week it is a “proper” classroom, at the front of the room at least, so this might not be right…)

Some of the opportunities I’ve had as an artist, have come about because I am also a teacher. So I must be grateful to that side of my life, and although I am tempted on occasions to give it up (Michael Gove has pushed me ever closer), I shall be sticking with it a while. There are still things to discover, and every year with every new set of students/pupils, last year’s methods need a tweak here and there. Or a complete re-think.

I hate all the guff that surrounds teaching. But when it comes down to it, there is nothing much more joyous than a room full of children, paint and paper… there comes a moment when the room is nearly silent, all are engrossed totally in whatever world they are creating. I daren’t move or make a sound for fear of disturbing it. I come closer to making artists out of them then than any other time. I have not poured words of wisdom into their heads, or given them a timeline from the Renaissance to Post-modernism. I gave them paint. All it takes. These politicians make things too complicated. 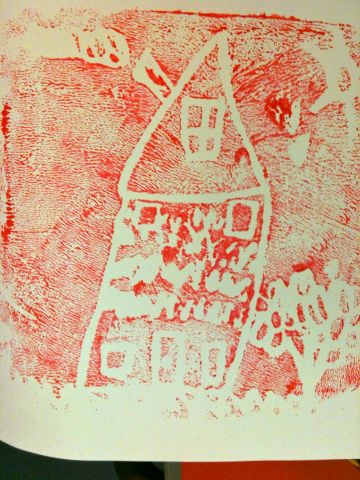 I think I was moaning… I generally am… about the fact that I’d got all these things nearly happening. Nearly wasn’t good enough, and nearly might as well be nothing, as there’s nothing to show for all the hard work spent at the laptop and the sewing machine and the sketchbook.

Well, nearly is now really nearly. And I have gathered another nearly thing along the way.

Nearly starts a week on Friday, and doesn’t stop till December.

Through a circuitous path, involving facebook, twitter, this blog, NSEAD, and an article I wrote for their magazine AD… and being a bit gobby I suppose… I have been invited to join the DfE Expert Advisory Group for Art and Design, as a representative of the primary school in which I work as an artist. (Good job it’s not literacy, that sentence is appalling!)

First meeting is a week on Friday. My stomach is tying itself in knots. This feels like a big deal that I might need an outfit for in order to make myself feel like I’m in the right place and got the right head on. This is a hateful thing, because I will want something that still feels like me, but a professional, clever, insightful, mildly amusing me. Usually I am not particularly professional, clever takes me by surprise, I have no insight unless it’s on someone else’s behalf, and I’m permanently verging on the hysterical when under stress. And if they read this, they’re going to regret asking me aren’t they?

The week after, work has to be made ready to hang for ONE on 27th… no half term for me! I’ve got a weekend workshop to run the week after that. The Art Party Conference in Scarborough on 23rd. In between all this once ONE is done, I am doing materials research for COLONIZE in April. I guess it will take me a good couple of months to turn this World War 2 army greatcoat into the work of art I want it to be, possibly longer. I’ve got a month long group exhibition in Wolverhampton in February, and I don’t as yet, know what I’ll show for that.

December I shall rest. Unless I get a better offer… 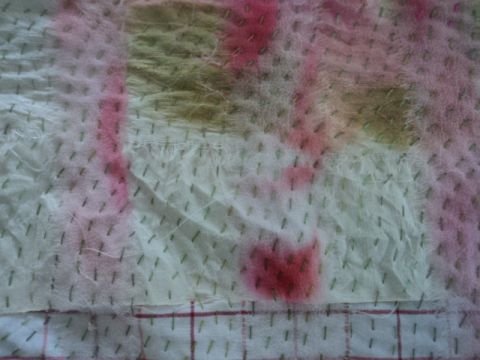