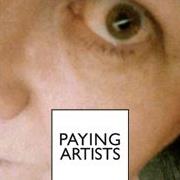 Because I am now self employed person.

(Edited later to include “I’ve spent a whole bloody day working on this, what do you mean you don’t want it?”)

…and of course, the phrase every artist should practice in front of the mirror with immoveable expression “No, I do not work for nothing!”

I have had to decide pretty sharpish what sort of work I want to do, and what I don’t. I am seeing this as a sort of spring cleaning exercise now the “proper job” has gone. Get rid of the things I no longer want to be associated with and build on the things I do. Not exactly re-inventing myself, but perhaps re-stating.

The advantage of being paid the correct rate of pay as an artist is that, compared to working in school, I don’t have to do so many hours, I can slow down a little, be selective. It is too easy to panic that I won’t get the work. But so far, so good…

This might be a bit of a manifesto then?

I don’t want to sell at fairs.

I don’t want to make the stuff that would sell at fairs.

I don’t want to work with very young children.

I don’t want a teaching job.

I do want to exhibit all over the place.

I do want to sell from exhibitions.

I do want to work with adults and older children

I do want to be called Elena, not Mrs Thomas.

I do want time and space.

I do want a residency somewhere… bras… want to talk to middle aged women about bras… anyone out there want me?

I do want to deliver this lovely plan I’ve written for activities to do with text and textile, memory and narrative… it’s very flexible in terms of time and target group… anyone fancy it?