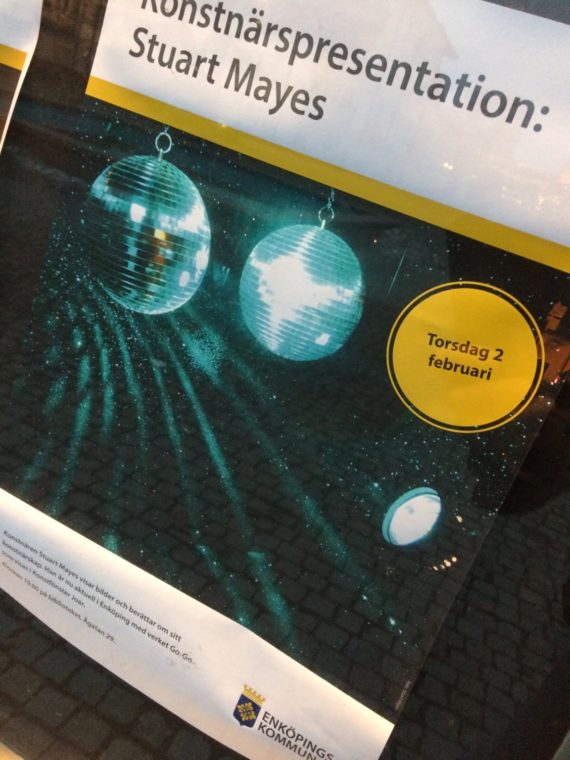 Yesterday evening’s presentation was my first ever in Swedish – and it was fine!

My style of preparation for speaking in front of people is to make copious notes to support my slides. I am conscious that I do not want a script to read so a few pages of notes that hop backwards and forwards between, over, and across, descriptions and ideas are usually written. It feels difficult and restrictive to try and get things in any kind of linear narrative; my thoughts just do not work like that and I am not interested in foisting that type of structure on to them. I guess that might be why I chose to express myself through installations, objects, and such – they are outside of what I think of as traditional written or even spoken language. My preparation for yesterday was true to form. I spent several enjoyable hours with various dictionaries and translation programmes trying to find the most appropriate Swedish terms. What I found were some fantastic and thought-provoking words that went further than the thing that I had first been fumbling after. This not only increases my vocabulary but also gives me a better understanding of how the language is constructed and used. 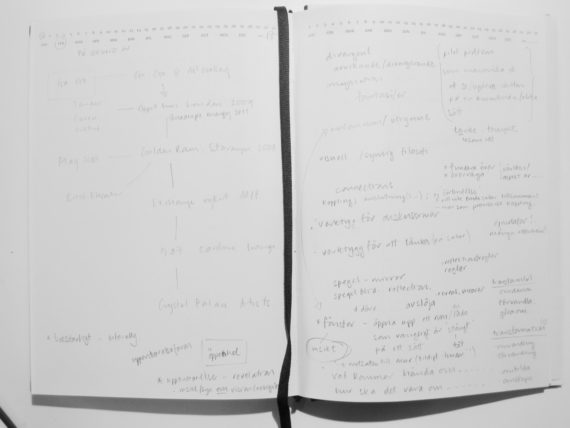 I was (more than a little) concerned that my ability to think and speak around my work – to go off on tangents, to make quite demanding connections, to be provisional rather than declarative – would simply be beyond my abilities in Swedish. A problem that I (and my teachers) had when I was learning Swedish was that I was more interested in what I wanted to say rather than what I could say! This often resulted in me being completely incomprehensible. But after a very cautious start I soon found myself simply talking, I was careful to ask if people understood what I was saying (something that we were drilled in at Swedish school, and a very good habit for anyone lecturing or leading workshops), and at the end of the hour I was delighted that a couple of people came up and thanked me for an interesting talk (‘interesting’ in a good way!).

So I have done it – my first artist’s talk in Swedish! I know that my Swedish is far from perfect (I only have to ask someone to proofread something I have written if I want to see just how much more I have to learn) but I was able to express myself and to say things about ideas and processes that are important to me and to my practice.  It feels good – definitely a milestone rather than a millstone!

Now to get back to proofreading English for the Supermarket art fair catalogue and magazine.  (If I got paid for all the things that I do unpaid then I would be quite wealthy!  I might have to ask for some expenses – it is amazing how much Earl Grey tea I get through when sitting at the computer for a whole day.)