At the end of last week’s ‘cultural policy’ meeting I was introduced to Enköping’s new Cultural Development Worker – Klas.  He is also an artist, and is also looking for a studio!  We had a quick chat about how important the studio is, and also how affordable studios make a town very attractive to artists, which in turn leads to more local culturally activity and engagement.  It turns out that we have both been looking at the same former industrial building not far from the quayside.  It is far too larger a premises for me to take on so it was particularly interesting to hear that Klas has been thinking about establishing a collective studio/studio association – local authority involvement could make it a reality! 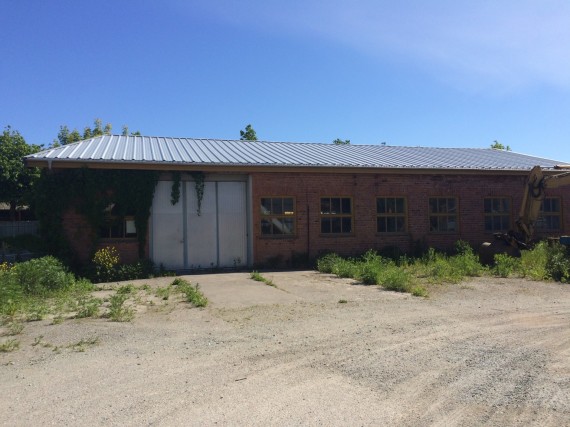 It was interesting to hear that he too has had a studio at Wip:sthlm.  The Wip:sthlm model – whereby the council stand as head-lease holder and with an artists’ organisation renting from them – is something that I had already thought to suggest to the culture department.  Thinking a little ‘non-traditionally’ (for Sweden) would further increase the feasibility of such a project: studios could be offered to a range of creatives beyond those with an art-school education.  Most studio associations here in Sweden (including the Stockholm City one*) insist on either an art-school qualification or solo shows at significant galleries/museums in order just to get on their waiting list.  Even if this was desirable (which I do not think it is) I have the feeling that this kind of restrictive thinking would make it difficult to fill even seven or eight studios in Enköping!  What I have in mind would be studios that would also appeal to photographers, graphic designers, print makers, and craftspeople.  This is not just openness and radicalism on my part – but I think that it will initially be essential in order to make the studios financially viable.  Once Enköping becomes a destination for both new and established artists then we can look at how best to manage studio provision … I am already having fantasies of several studio complexes here, with perhaps some leaning more towards the fine arts and others more towards the applied arts … but a bit of a healthy mix across them all!

Both Klas and I acknowledged that making a town attractive to artists has recognised economic results as evidenced in towns and cities across Europe.  Gentrification is far from any motivation of mine, however I am sufficiently pragmatic to realise that local authorities even in Sweden need to be seen to be making sound investments.  So being able to present the case for supporting studios in terms of increasing local business and tourism development will be no bad thing.  I have the feeling that Swedes understand that not everything has to be profit driven, that some things – such as cultural activities – are an essential part of everyone’s life and should be accessible, supported, and nurtured so long as they are not a drain on resources that could be spent elsewhere.

At the moment Klas is co-ordinating a street art festival aimed at young people on a rather neglected (and large) estate not far from where I live.  I look forward to going along and seeing how it goes.  After that we have spoken about getting together and taking a look at might become Enköping’s first artist’s studios!

* This was one of the main reasons that Wip:sthlm decided to remain an independent when they were invited to merge administration with Stockholm City (the local authority).  I was on the management board when the decision was taken – we had begun discussions with Stockholm City several months earlier when the day-to-day running and renting out of the studios became too much for an un-paid post.  It was at the last minute that it was revealed to us that a merger would mean we complying with Stockholm City’s eligibility criteria.  As the eight or nine of us at the monthly management meeting considered the implications of the merger I pointed out that under the city’s regulations all but two of us on the committee would not qualify for a studio – at least three of us lived in boroughs just outside of the Stockholm City area, one was self taught and had not had a ‘significant’ solo show in the last three years, another was a graphic designer and another a photographer (rather than being ‘artists’).  Needless to say we rejected the merger and went on to arrange payment for an artist who took on (quite brilliantly) a good deal of the studio administration.