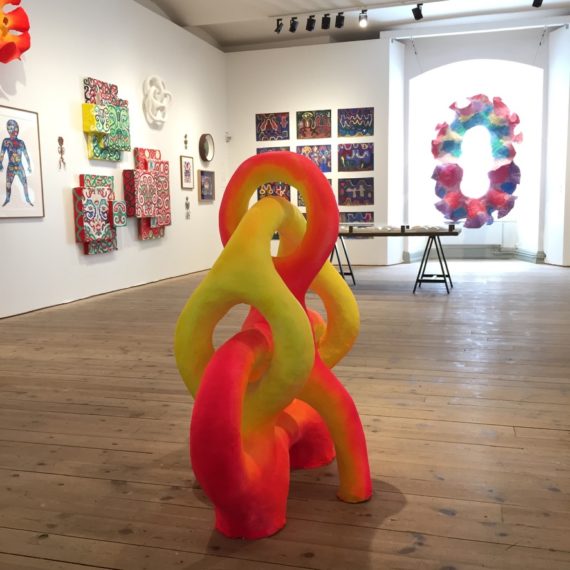 Today is Mother’s Day in Sweden. In the week I made a card to send to my mother. Specifically I drew a card for my mother. I cannot remember the last time that I ’simply’ drew what was in front of me. It was lovely taking time to do that. My drawing is very academic – certainly not what anyone would describe as expressive – it always has been, and in a way this is why I seldom draw. For whatever reason I found drawing very calming and rewarding. It might well have had something to do with the focus and immediacy it gave me. I noticed myself saying that I had lost focus on at least two occasions this week. I think that five months of doing my paid work from home have taken an unexpected toll on me. Actually a large part of it might be that I not doing my work from home – the things that I am doing are not what my job should be. My job, as I am frequently reminded by my manager, is about ’doing’, and this year there has been even less ’doing’ than there was last year. The highlight of my working week was some very simple doing – checking-off a delivery of materials to make 200 art-bags for the summer holidays. Thankfully there is some real doing on the horizon – a four-day summer school for children in the week before Midsummer. I am a bit anxious about it. It’s been over a year since I ran workshop and here I am about to jump back in with four full days! I am sure that it will be fine even if I am a bit rusty on the first morning. Everything is being done to make it as covid-safe as possible.

Another factor in my lack of focus is the number of things that I have going on at the moment. This is an important realisation and definitely something that I want to pay attention to. I have known for a while that I sit on too many committees and sub-committees, and that I am trying to operate in too many different spheres at the same time. It was really helpful to speak about this with a friend last night. My wise friend identified that I am in a period of transition – still doing what I used to do and at the same time starting to do what I want to do in the future. I am incredibly grateful for this analysis not least because it reminds me that it is not going to be like this forever!

I am a paranoid optimist … that’s not quite right but I think it’s going to take me while to work out how to neatly sum myself up so that phrase can sit for while. I am an optimist because I always think that things will be better in the future, but I am also paranoid because I think that things might turn out better when I am not involved. A case in point is the artist’s integration group that I am in. Everything points to the group being inappropriate for me, at the same time I am scared to leave in case things change and the group becomes better. I am very concerned about the show that the group is putting on this week. I have the strong feeling that it is going to be a mess, this is a feeling shared by at least one other artist in the same group with whom I am a good friend. We will find out shortly if our fears are justified! It makes sense to reserve judgement until the show is up and running. I was not involved in the previous exhibition that the group put on and I had reasons to be highly critical of how that show was organised (or not). Now I am experiencing the lack of organisation as a participant which makes things even more acute. I have to be honest with myself about how much time I can, and want, to commit to this group. If I had unlimited time I like to think that I could get more involved with the group and see if I could steer it in another direction. Realistically I do not have that time, or perhaps more accurately I do not want to risk taking time from other activities and spend it on something that may never be as I would want it. Sometimes I have problems recognising something for what it is rather than I want it to be …  I do not like to admit that things are not, nor likely to become, what I want them to be.

At the same as I enjoy doing new things, I find if difficult to let go of things. It is obvious that this results in having less and less time for more and more things. That situation is neither sustainable, pleasurable, nor useful! For this period of transition to be transitory I need to allow myself to change … and by change I mean let go.