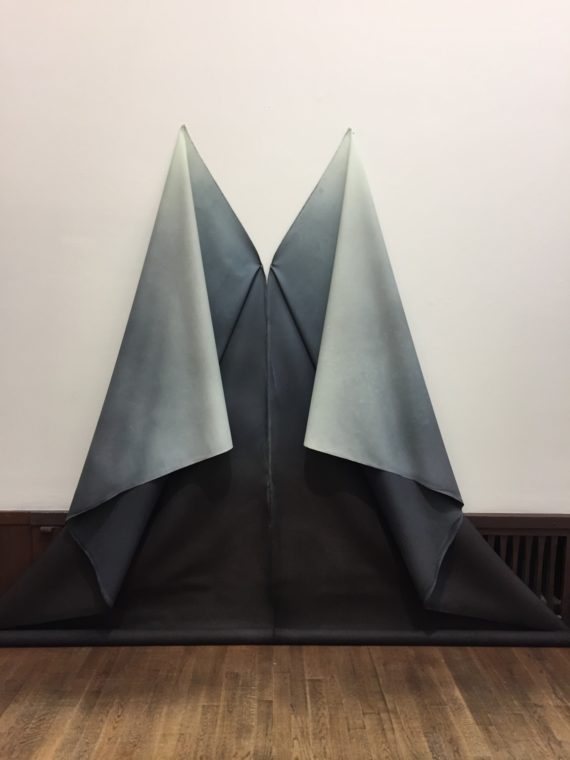 Moving the two large work-tables from the studio in Enköping to the one in Uppsala last Friday felt definitive. Up until then I had been kind of camping out in the new studio. Having appropriate furniture and fittings may not be essential for making great but it goes along way to feeling settled and being able to work efficiently and easily. A couple of cupboards might get moved this week. It seems sensible and environmentally responsible to pack the car with as much as possible when I making the journey.

Another artist at the studio, Mireia, and I decided to have lunch together that day, we took ourselves and our lunch boxes over to the ’old corridor’ where there is a kitchen with a proper table and chairs (and a dishwasher). Mireia has also lived in Sweden for about ten years, however she moved here as a linguist and has only recently graduated from art school in Gothenburg and moved to Uppsala. It was really good to chat about the various opportunities that are out there, and about how important it is to be around other artists. As if on cue Aron popped in to the kitchen, he is recently back from a short residency in Italy and in a very laid back way he enthused about having time and space to focus on his work. He also spoke about spending time with the other artists on the programme. It is exactly this kind of thing that I need … everything on the spectrum from a simple lunch with another artist to a residency abroad … this is what excites me, this is why I want to be at the new studio!

The previous weekend Pavel invited me to go to the commercial art fair ’Market’ with him. It has been a couple of years since I was at Market, last year it was cancelled and the year before I just did not go. Market was something that I often went to with Francois, and even if he could not make it he would send me his VIP pass so that I could go in his place. Both Market and Frieze (London) make me think of Francois, our friendship is still a bit of a mystery to me. I miss him and it still crosses my mind to get in touch with one of his other friends to find out how he died.

We were actually a group of five who met for lunch before going to the fair but once inside everyone headed off in different directions and at different paces. Unsurprisingly Pavel and I, the two artists in the group, were the ones who took the most time to go around and occasionally bumped into each. I noticed that Pavel is very good at striking up conversation with gallerists, I am perhaps too aware that they are there to sell and that I am not buying. I go to commercial art fairs to get a snap shot of what is happening in the commercial art scene, and I leave with an odd feeling of being both satisfied that what I am doing would not look out of place there and disappointed that what I am doing is not there.

Mireia happened to be in Stockholm that weekend too and joined us. She and Pavel met briefly at the exhibition in Tierp, and all three of us were in the Knivsta show though there no events organised for that one. We had a very quick chat about a vague idea for an exhibition that I suggested – the three of us come from different countries (Spain, Russia, Britain) and have different practices however we all moved to Sweden about the same time and we are all trying to find our places in the Swedish art scene so why not see if there is an exhibition somewhere in that.

The Supermarket Independent Art Fair magazine and catalogue went to print today.  As always there was proofreading to be done at the second to last minute.  I am so impressed with Alice’s attention to detail and her patience, she really is a fantastic editor and over the years I have come to understand what an incredibly professional and determined artist and project coordinator she is.